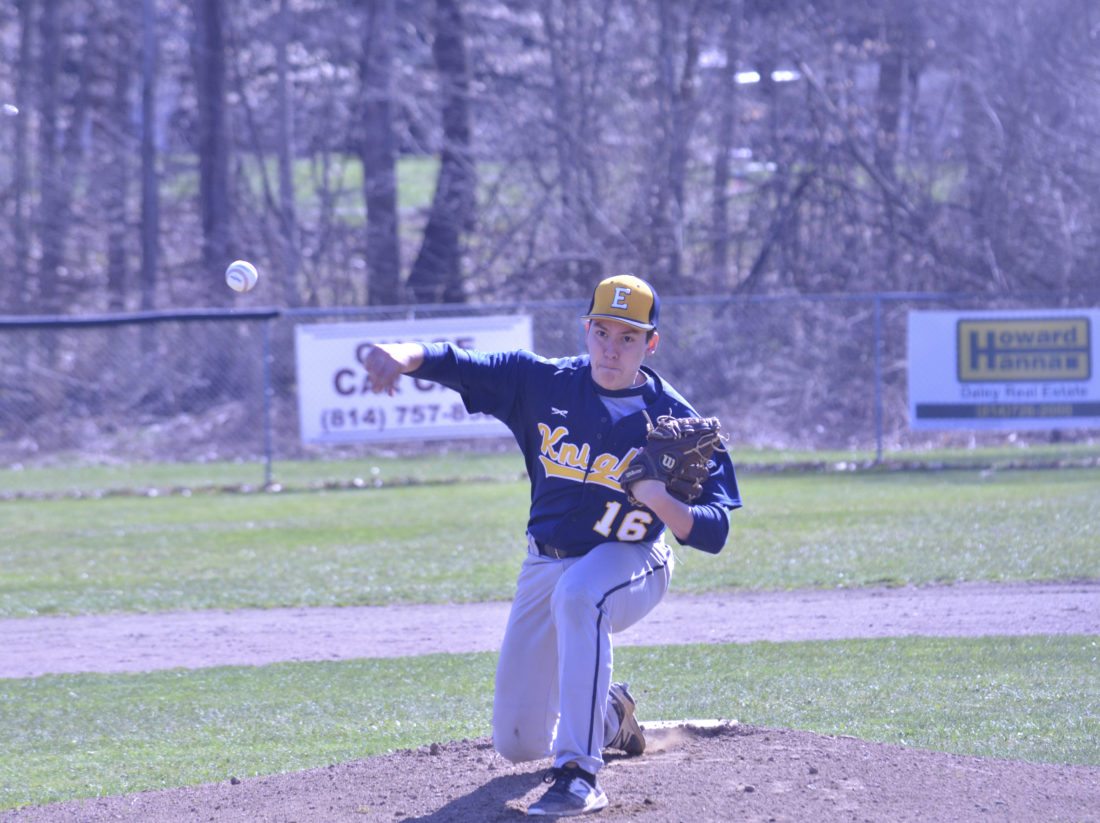 Eisenhower spotted Maplewood six runs in the first inning, which proved to be too much to overcome in a 16-6, 5-inning setback on Monday.

The Knights (3-6) got two back in the first, courtesy of a Dakota Chase sacrifice fly and a Zach Rohlin RBI single.

Maplewood (4-5) got those runs right back in the second, however, and struck for a big inning in the fourth, plating eight runs to take complete control.

That was after Rohlin’s second RBI base hit of the game that made it 8-3.

Eisenhower scored three times in the fourth inning, courtesy of a Zane Alexander RBI single, a groundout off the bat of Drew Williams that scored Dillon Benson and a passed ball that brought in Nick Smelko.

Zach Rohlin finished 3-for-3 with those two RBIs, while Drake Gens, the starting pitcher, also had a pair of hits.

Camden Mattocks had a big day for the winners, going 1-for-4 with six RBIs, while Dylan Proper was 1-for-2 with a pair of runs batted in.