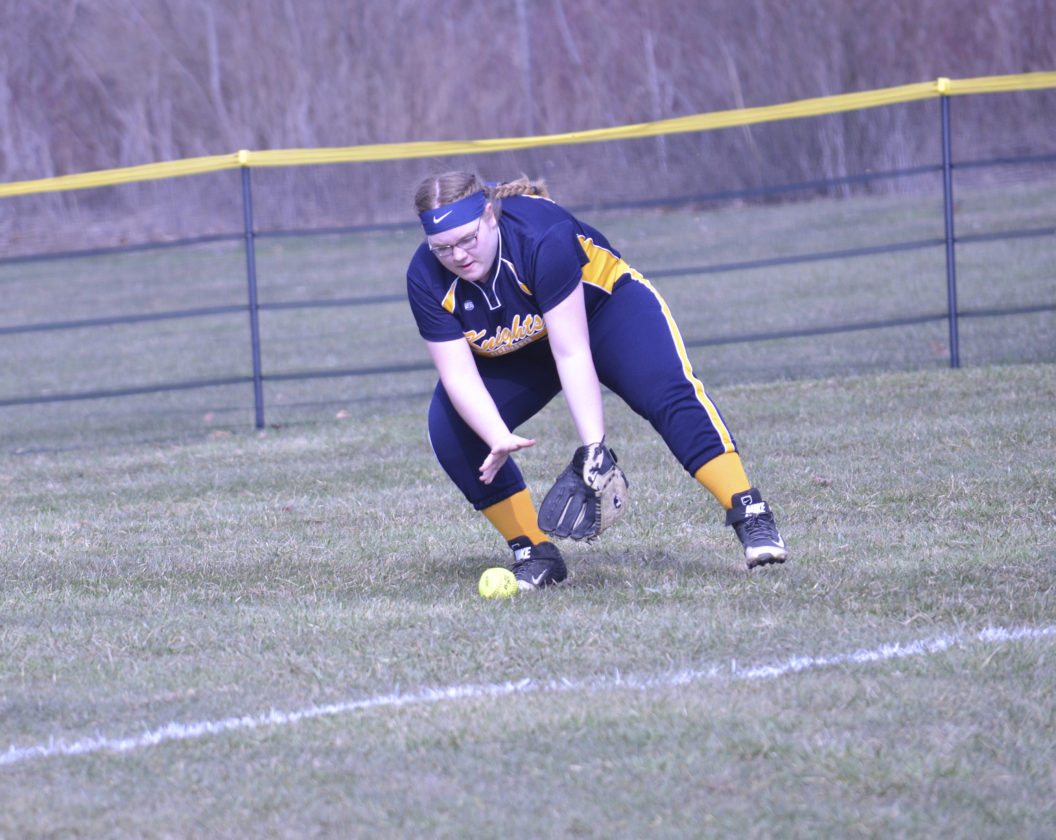 Eisenhower right fielder Ashley Hall scoops up a sharp single by Maplewood during the second inning of their game on Thursday at Werner Park.

Eisenhower hit the field for its home opener Thursday, falling to a tough Maplewood squad 16-0 in six innings.

Maplewood pitcher Angie King was on top of her game, striking out 16 and allowing just two hits.

Phoebe Tower and Maddie Fetzeck had the two hits for the Lady Knights, with Fetzeck also swiping a pair of bases.

King had three RBIs for the winners, who had 15 hits in total and broke the game open with five runs in the third inning and eight more in the sixth.

Alexis Courtney struck out three on the mound for Ike. 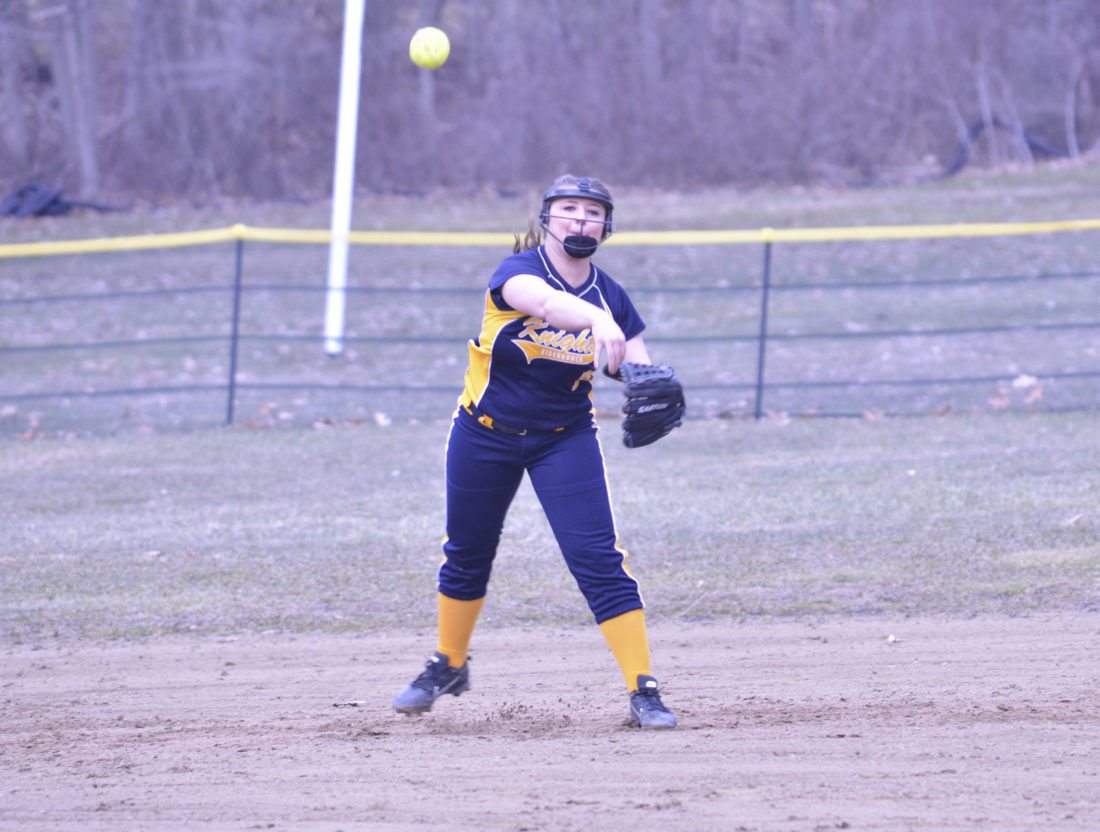 Eisenhower shortstop Lexi Head throws to first to complete a putout during the first inning of Thursday’s game against Maplewood.

The Lady Knights are right back at it today, hosting Cambridge Springs in another Region 3 contest.

DUBOIS – Sheffield traveled to DuBois on Wednesday for a doubleheader against D-9 power DuBois Central Catholic and fell by scores of 18-1 (3 innings) and 22-5 (4 innings).

“We went to DCC with little knowledge of what our team will be like,” said Sheffield coach Mark Maines. “We came away knowing this game is one for short memories. Holding them to two runs with two outs in first inning then bang the error gates opened,can’t explain except to say we will be better next game.”

“Marissa Grubbs pitched well in the conditions of wind and cold rain and Emily did a nice job in her first varsity pitching role in relief.”

Jerika Dexter homered in Game 1 for Sheffield, while Dexter, Emily Leichtenberger and Mya Grubbs all had doubles in Game 2.

“We had a few swinging good bats including Jerika, Marissa, Mya, Ionna (Mendoza) and Emily,” Maines said. “We hopefully will see more ladies rise up because I believe we are better than this. We know what we need to do now, our offense should be alright but our defense needs to quit giving up way to many extra outs.”

The Lady Wolverines are at Kane today.