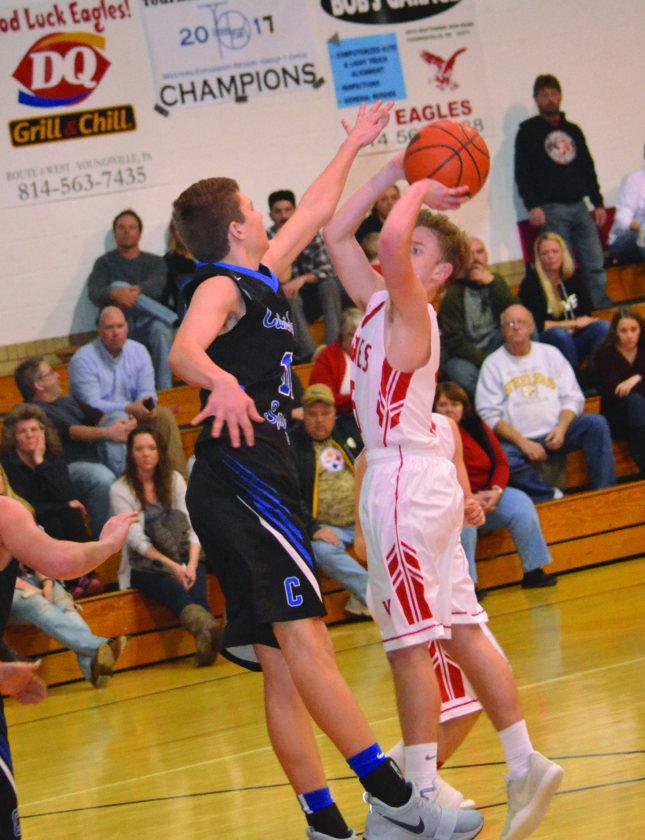 Most of the time a 30-point margin indicates a game wasn’t very competitive.

That wasn’t the case in Youngsville’s 62-32 setback against Region 3 foe Cambridge Springs on Friday, however.

The Eagles led 13-12 after the first quarter and hung right with the Blue Devils (11-3 overall, 8-1 Region 3), for a half before a 13-0 run to open the second half essentially put the game out or reach.

The Eagles, who start three freshmen, came out of the gates strong, as one of those freshmen, Austin Peterson, came up with a steal 10 seconds into the game and got fouled on his way to the rim. 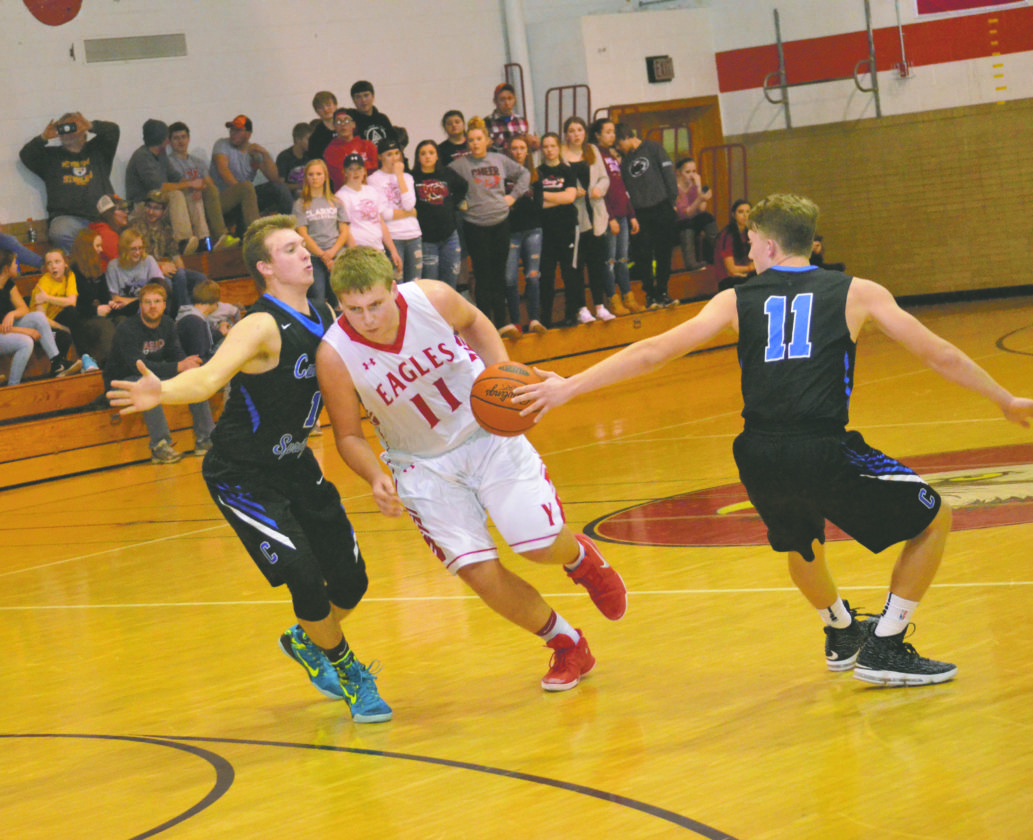 Peterson knocked down both free throws, and if anything, it was an early indicator that the Blue Devils, a Class 2A honorable mention team in the state polls, weren’t going to come in and walk all over them.

Cambridge Springs tried to press Youngsville early, but the Eagles broke it consistently, as freshmen point guard Joe Mack had a couple of strong drives to the hoop and fellow freshmen Timber Bower knocked down a corner there.

Freshmen Brady Olewine came off the bench and connected on a mid-ranger jumper, as did sophomore Gage Hendrickson, staking the Eagles to their early lead after one.

Another jumper by Hendrickson to open the second gave Youngsville a 15-12 lead, but that’s about the time that Cambridge Springs, coming off its only Region 3 loss of the season to Eisenhower on Tuesday, began to heat up.

Senior guard Noah Reisenauer scored six straight points to put Cambridge up 18-17, and Jared Taylor knocked down a 3 to get the Blue Devils rolling. 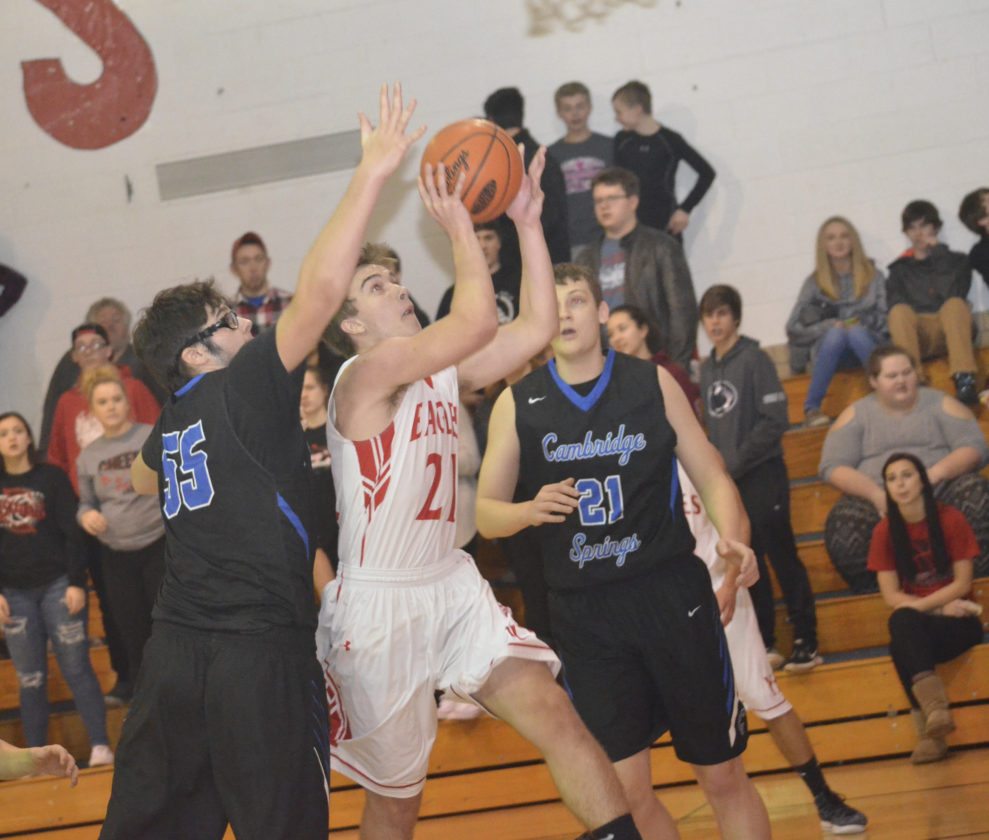 Times Observer photo by Andy Close Youngsville’s Dasan McAvoy goes up over the outstetched arm of Cambridge Springs’ Reese Eakin (55) for a shot during the first half of Friday’s game at Youngsville High School.

They scored 14 of the final 16 points of the half, with Youngsville’s only dent in that span a Seth Ecelberger layup. In total, it was a 27-2 run that extended from the second quarter to third quarter.

“I talked to them a little bit about expecting more out of yourself,” DeLoof said. “Don’t be happy with playing well for a half. Expect to go out there and compete for another half.”

Turner Kurt, a 6-8 senior who is getting multiple looks from Division II schools, took over in the third quarter, finishing with a game-high 16 points.

The Eagles are right back at it today, hosting Iroquois, with a 6 p.m. JV tip and varsity to follow.