Vincent has best start of season for Bonnies 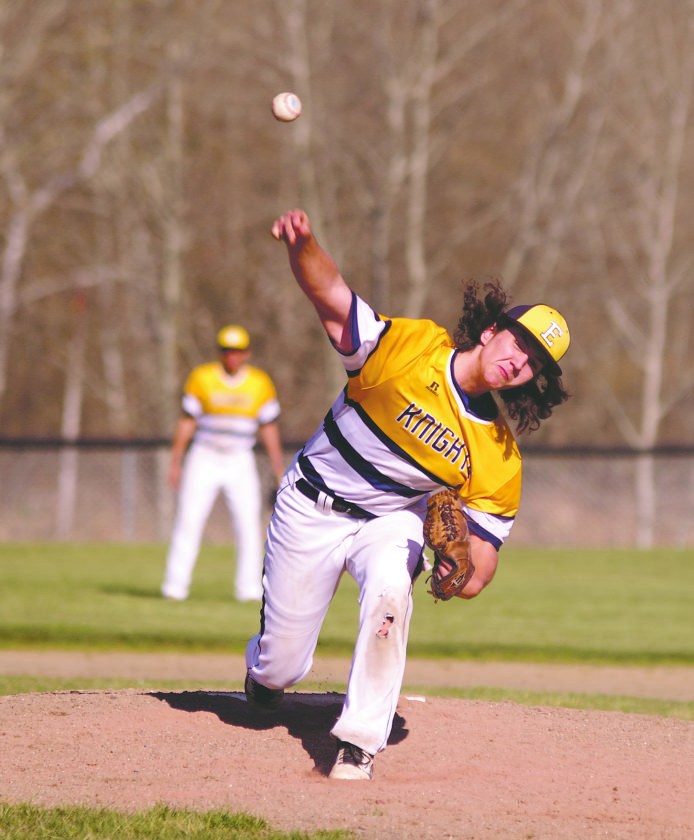 Casey Vincent helped the St. Bonaventure baseball team pick up a win over Saint Louis last week, starting on the mound in a 6-5 Atlantic 10 victory.

Vincent wasn’t credited with the win, but scattered six hits and two earned runs over seven innings of work. He struck out five batters and walked two before turning the ball over to the bullpen with the game tied.

Danny Urban pitched two scoreless frames to take the win and Donovan Moffat picked up the save. Johnsonburg’s Cole Peterson had two hits on the day and came around to score the winning run on a hit by Urban in the top of the 12th inning.

The Bonnies are scheduled to host Dayton for a three-game series this weekend.

Thiel College is on a six-game win streak following a double-header sweep of PAC rival Geneva on Wednesday.

Jake Marino had five hits on the day, including a 4-for-5 performance with two runs scored in the second game. In game one, he went 1-for-3 with one run scored, a walk and a stolen base. The two-game set lifted Marino’s batting average to .419 (18-for-43) in 13 games.

Matt Hultquist went 3-for-4 in the second game and drove in a combined three runs in the double-header. He is now hitting .367 (11-for-30) and has a hit in all but one of Thiel’s six consecutive wins.

The Tomcats look to keep the momentum rolling with three more conference games against Grove City this Friday and Saturday. They are then scheduled to visit John Carroll University on Sunday.

Aaron Jackson earned another win for Gannon this past weekend, working five innings in a 9-8 victory over Seton Hill.

Jackson gave up six hits and three earned runs, but struck out seven batters. He is now 3-0 on the year with a 3.12 earned run average and 25 strikeouts compared to just six walks.

Gannon returns to action with four PSAC games against Indiana (Pa.) slated for this weekend.

Tanner Stanz is 2-0 with a 1.38 earned run average on the mound for La Roche College. Stanz’s most recent outing was a six-inning start against Marietta in which he allowed five hits and two earned runs while striking out four. He previously pitched five scoreless innings of relief with four strikeouts in a 3-2 win over Widener.

The Redhawks have now won 10 of their last 12 and play a double-header against Hilbert on Saturday.

Paige Wilson kept her freshman softball season rolling with three hits for California (Pa.) in a double-header sweep of Bowie State on Saturday.

Wilson went 1-for-4 in game one and followed up with a 2-for-3 performance in the second game. She is now hitting .412 (21-for-51) with seven runs batted in and five runs scored.

The Lady Vulcans travel to Edinboro for a double-header on Saturday.

Jacob VanHouten finished fifth with a time of 53.05 in the 400-meter hurdles at this past weekend’s Adidas Raleigh Relays hosted by North Carolina State University.

VanHouten’s time met the NCAA provisional mark and was the fastest among PSAC runners so far this season. He was one of four individual competitors from Slippery Rock to attend the meet, while the majority of the team was in action at the California (Pa.) Invitational.

At Cal, Noah VanHouten took second in the 400-meter hurdles with a PSAC qualifying time of 55.24. Slippery Rock hosts its first home meet of the season this Saturday.