VanHoutens, Anderson off to strong starts for SRU track 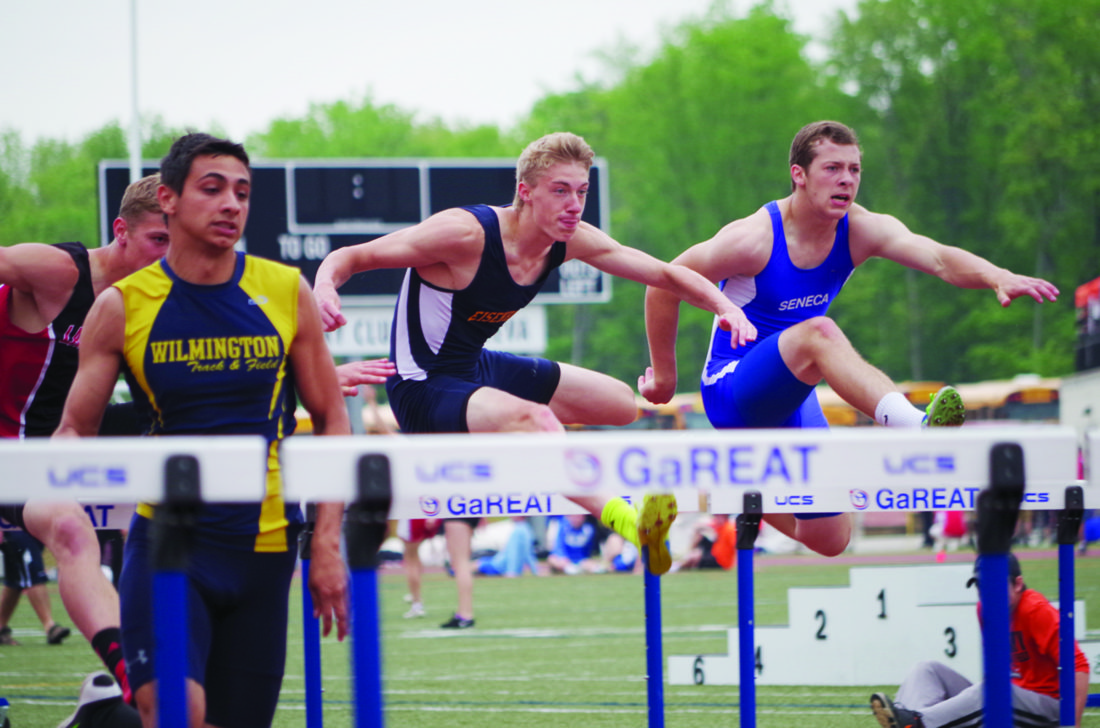 The Slippery Rock University track and field teams got their outdoor seasons underway with appearances at two meets in North Carolina on back-to-back weekends.

Eisenhower’s Jacob VanHouten and Warren’s Sabrina Anderson picked up where they left off last year with a pair of strong early performances. At the Seahawk Invitational hosted by UNC-Wilmington, VanHouten bested last year’s PSAC qualifying mark with a time of 53.82 in the 400-meter hurdles, good for second place and just off the NCAA provisional time. He was followed by younger brother Noah VanHouten, who crossed the finish line fifth in 55.82 seconds.

Jacob VanHouten then teamed with Savon Salter, Collin Darby and James Chandler to take third in the 1600-meter relay with a time of 3:23.20.

The VanHoutens went on to finish one-two in the 400-meter hurdles at the Trojan Challenge hosted by the University of Mount Olive. Jacob won the event with an NCAA provisional time of 53.08 seconds with Noah hitting the PSAC standard with his time of 55.35.

Anderson helped the Slippery Rock women sweep the vertical jumps at Mount Olive with her winning clearance of 1.60 meters in the high jump — also a PSAC qualifying height.

All three Warren County products were named to the Atlantic All-Region Team by the US Track and Field and Cross Country Coaches Association at the conclusion of the 2016-2017 indoor season. Jacob and Noah VanHouten were honored as part of Slippery Rock’s 1600-meter relay team while Anderson earned her way onto the list in the pentathlon.

To be selected to an All-Region team, athletes must have one of the top five performances in an individual event or compete on one of the top three fastest relays for their respective region. Anderson had the fifth highest score in the pentathlon with 3,252 points while the men’s 1600-meter relay team was third with a time of 3:16.68.

Slippery Rock will be back in action this weekend with two events on tap — the Raleigh Relays hosted by North Carolina State and the California (Pa.) Invitational. The Rock is scheduled to host its first meet of the season Saturday, April 1 at Mihalik-Thompson Stadium.

After competing on college wrestling’s biggest stage at the NCAA Division I Championships last week, Warren’s D.J. Fehlman was one of 14 Lock Haven grapplers named to the Eastern Wrestling League All-Academic Team for completing the fall semester with a GPA over 3.0.

Fehlman wrapped up his redshirt freshman season on the mat with a record of 29-11, including a second-place finish at the EWL Tournament that punched his ticket to the NCAA Championships in St. Louis.