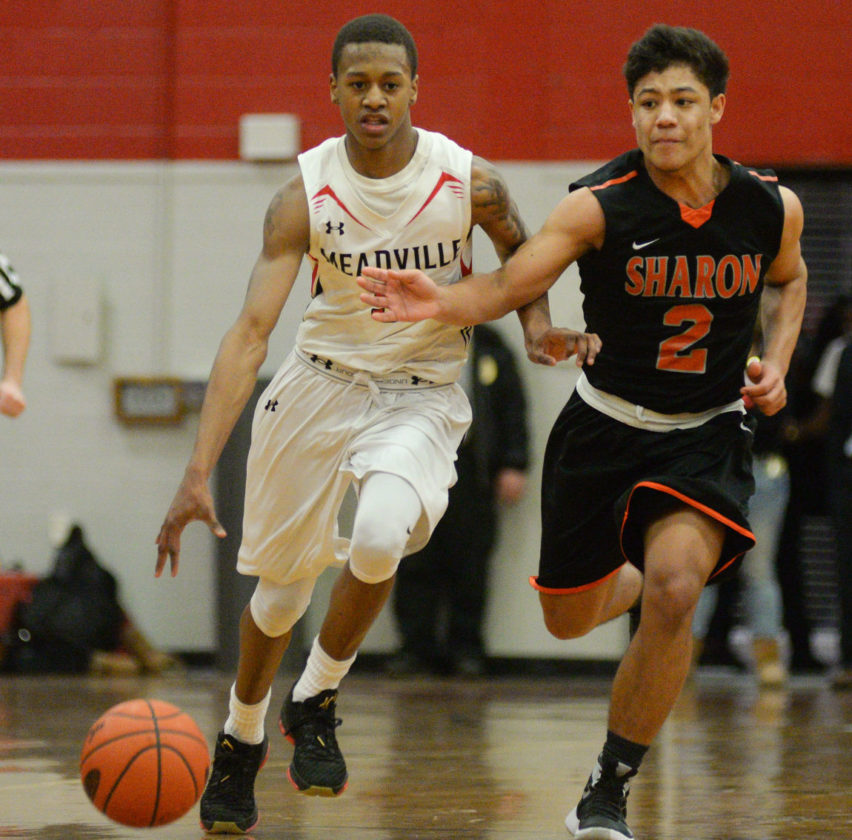 ALTOONA – Meadville is heading to the PIAA Class 5A state championship game.

The Bulldogs overcame early foul trouble, getting 20 points from Lashon Lindsay to beat Northeastern 56-49 in the PIAA semifinals on Monday at Altoona High School.

Armoni Foster scored 18 points and Strong Vincent transfer Sim Wofford added 15 for the Bulldogs, who will be making their first appearance in the state final since 1987.

Northeastern jumped out to an early 9-2 lead, but Meadville responded with a 16-2 run of its own to take a 15-11 lead early in the second quarter.

The Bulldogs never trailed again, although Northeastern did cut the lead to two, 41-39 early in the fourth before Wofford took over down the stretch, including a key 3-point play to seal the win.

The Bulldogs will play Friday for the state title at 8 p.m. against either Archbishop Wood or Abington Heights. That game will be played tonight at 7:30 p.m. Wood features 6-2 senior guard Collin Gillespie, a Villanova commit, as well as a pair of juniors in 6-3 Tyree Pickron and 6-7 Karrington Wallace who are also receiving Division I interest.

SLIPPERY ROCK – Kennedy Catholic will get to defend its state title.

The Golden Eagles outscored Monessen 22-10 in the fourth quarter en route to a 73-59 win in the PIAA Class 1A semifinals Monday at Slippery Rock University.

Monessen was within one, 53-52 with just over six minutes remaining, but KC went on a 20-7 run to close the game.

Justice Rice led Monessen with 18 points, while Jaden Altomore had 16 and Cory Fleming 14.

KC will meet Girard College, a 67-58 winner over Faith Christian in the other semifinal, at 2 p.m. on Thursday.