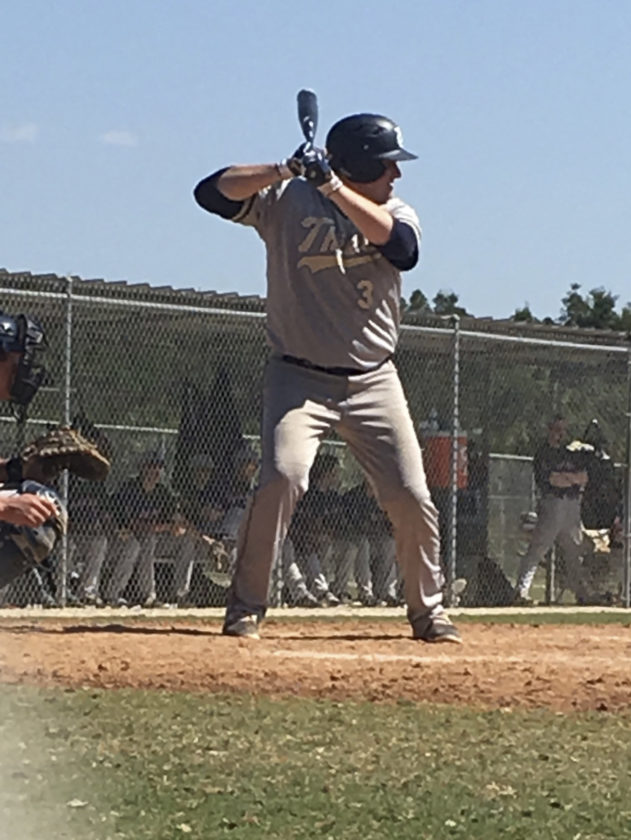 A trio of Warren County products helped the Thiel College baseball team sweep a double-header against Medaille on Thursday, as the Tomcats went on to win 7-6 and 8-7.

Warren Area High School graduate Matt Hultquist collected five hits on the day, including a home run in Game 2 that gave Thiel a one-run lead. Hultquist, a sophomore first baseman, went 2-for-2 with one RBI in the first game before driving in four runs and going 3-for-4 in the second.

Youngsville’s Jake Marino helped his team the hard way in Game 2, getting hit by a pitch with the bases loaded to bring in the winning run. Marino also drove in the first run of the afternoon with a double to right field and finished the double-header with two hits, two RBI and four runs scored.

Marino has started all but one game for the Tomcats and holds a .371 batting average with eight runs batted in.

Warren’s Tanner Teconchuk started on the mound in Game 1 and went seven innings, allowing eight hits and four earned runs while striking out a season-high six batters. Teconchuk was left with no decision as Nate White picked up the win in relief.

Thiel is now 7-5 and has won four games in a row heading into Presidents Athletic Conference play. The Tomcats travel to Geneva College for a double-header on Tuesday.

Also on Thursday, Eisenhower grad Aaron Jackson worked 1 2/3 innings of relief for Gannon University in an 18-6 win over Lake Erie.

Jackson is 2-0 in three starts with a 2.57 earned run average in 21 innings pitched for the Golden Knights, who continue a four-game series against Seton Hill this weekend.