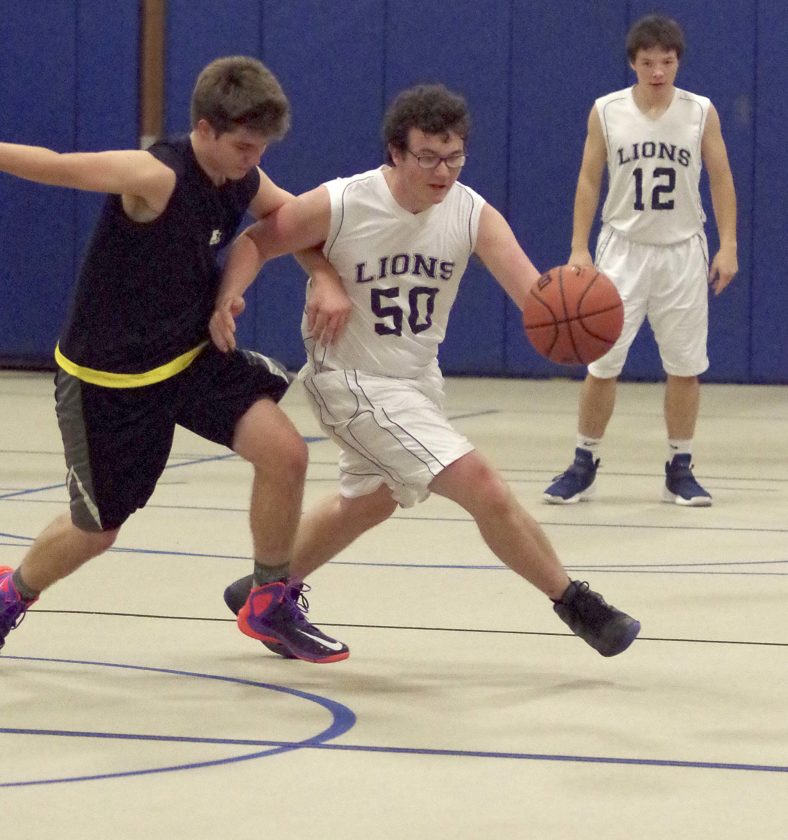 The Warren County Christian School boys basketball team began the season on a high note with a 58-35 win over the Salamanca Home School Co-op Friday at WCCS.

The Lions scored 16 consecutive points to open the game, led by six each from Josiah Poindexter and Stephen Brenner. Tommy Jones took over with eight points in the second quarter to help WCCS take a 24-10 lead into the locker room.

Poindexter had to battle through an ankle injury suffered early in the game to help his team pull away with another eight points in the third quarter. He finished with a team-high 22 points, Tommy Jones scored 16, and Danny Jones added eight in a big second half.

Nathan Yates had a huge game for Salamanca Home School, scoring 28 of his team’s 35 points.

“For our first game I was pleased,” said WCCS coach Tom Jones. “We got everybody a chance to play. We haven’t had an opportunity to scrimmage yet this year, so this is a good game to work out some of the kinks. It’s a big learning curve. We’re trying to get the kids to move more on offense. I was happy with their defense. The things I asked them to improve on throughout the game, they worked on and got better.”

The Lions are back in action Tuesday at CCSI — the Warren County Christian School varsity girls tip off at 5 p.m. followed by the varsity boys and JV boys. Both teams are scheduled to play in the Forest Area Tip-Off Tournament next weekend with Forest Area, Tidioute Charter and Union City.