Warren’s Jake Engstrom gets the upper hand on Cathedral Prep’s Spencer Staab in their 145-pound match on Thursday. Engstrom went on to earn a 4-0 decision for the Dragons.

Warren’s Nick DeSimone goes full extension to try and gain an advantage during his 182-pound bout against Prep’s Lugi Yates on Thursday. DeSimone earned a 5-2 decision. 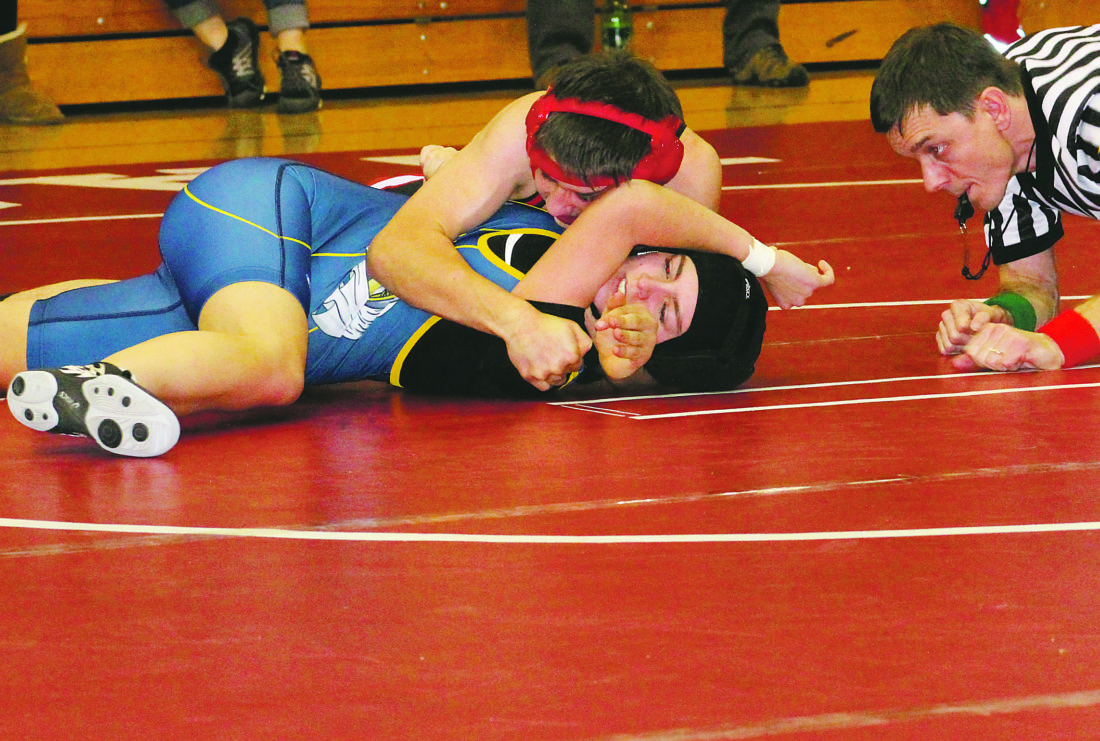 “It was good to get back on the winning track,” said Eisenhower coach Kris Black. “They wrestled well,  and they’re getting better each day. Everyone is showing a lot of effort.”

Despite only losing four of seven matches actually wrestled, the Eagles were unable to overcome the 36 points in forfeits.

“We got a  good amount of effort from kids that got beat, and that’s a good  sign for the program,” said Black.

Eisenhower’s Spencer Head and Matt Huling both had pins in the second periods of their matches, while Dustin Phelps and Aaron Morris pinned their opponents for the Eagles. Phelps’ got his pin the first period at 106, while Morris earned his in the third period at 138. 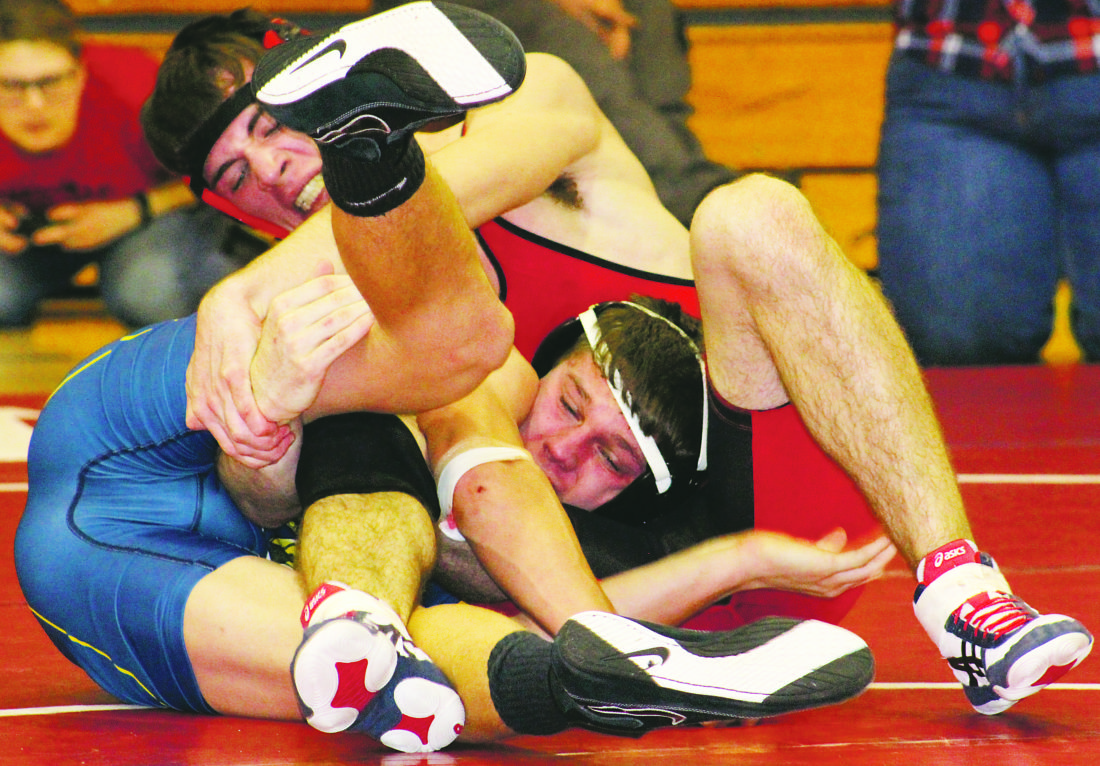 The boys really opened up tonight,” said Youngsville coach Paul Clough. “They were aggressive and went after their opponents. We made some mistakes and got caught, but now we know what to work on. Continuous learning and improvement is what we’re after this early in the season.

Eisenhower was the beneficiary of six forfeit wins and there was no match at 182.

The Knights will face off with Fort LeBouef on Jan. 3, while the Eagles are at Corry on Jan. 3.