Eagles battle in loss to one of District 9’s best 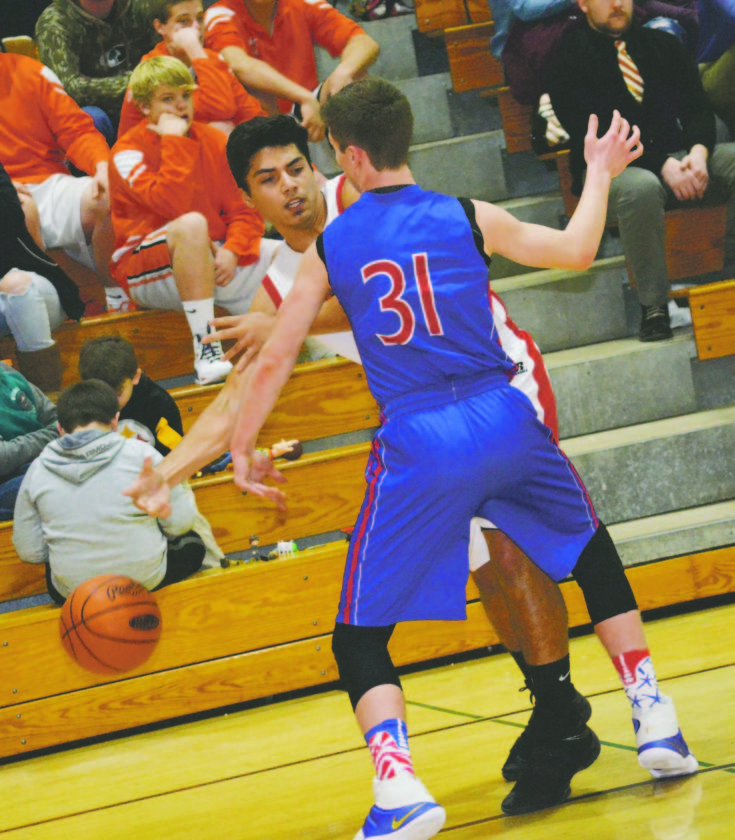 Youngsville’s Noah Myers passes around Kane’s Chad Greville during the third quarter of Tuesday’s game in the Sheffield Christmas Tournament.

Youngsville coach Jim Kesterholt knew the gauntlet his team would face in their non-region schedule early in the season.

On Tuesday they faced one of the top teams in District 9 – Kane – and came up on the short end of a 63-39 decision in the Sheffield Christmas Tournament.

“That’s okay,” Kesterholt said of the schedule. “We knew that coming into the year we were going to play a lot of really good teams. I think we’re going to be alright in our league (Region 3). That’s the point of playing all these good teams.”

Brady Kesterholt was a big reason for that, getting the Eagles’ offense going after they scored just two points in the first quarter. 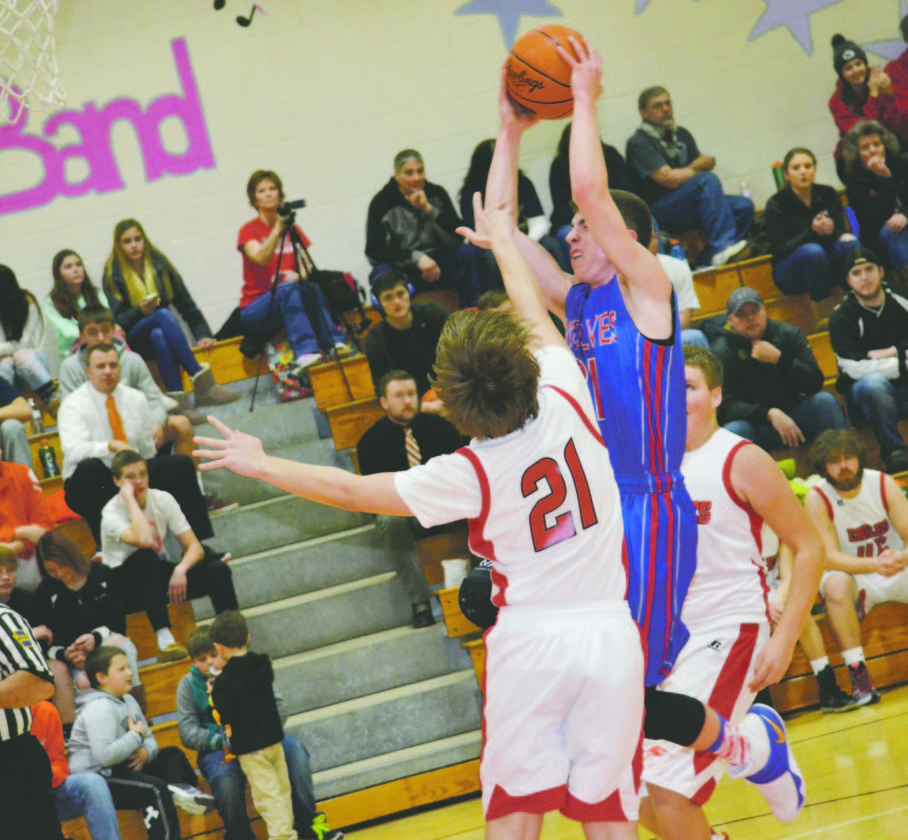 Kane’s Chad Greville drives to the basket during Tuesday’s game against Youngsville in the Sheffield Christmas Tournament.

He converted an old-school 3-point play than buried a triple from deep on back-to-back possessions to trim the margin to five, 20-15 and knocked down a pair of free throws to close the half after five-straight points from reigning District 9 Player of the Year Andrew Bucheit.

“We did a nice job early coming back in the second quarter,” coach Kesterholt said. “We started to play the right way. Once again, we had runs where we played really well and a stretch where we didn’t. We just need to eliminate that stretch.”

Bucheit came out on fire in the third, scoring eight points in a 11-4 run that helped the Wolves take control. He finished with a double-double, 20 points and 10 rebounds.

In the fourth quarter, Kane freshman Chad Greville took over. Already developing a reputation as a shooter, he drilled five 3’s in the fourth, part of a 17-point effort that saw his team pull away late.

“Kane’s good, but they’re not 30 points better than us,” coach Kesterholt said. “The final score doesn’t indicate the way that we played. The one kid (Greville) caught fire at the end, so good for him. It is what it is.”

Kesterholt finished with a team-high 17 points, while Wyatt Rugar also had a solid game for the Eagles, especially on the boards, collecting eight to go along with his 10 points as well as a pair of blocks.

“I thought we battled hard for three quarters and then mentally checked out on the defensive end in the fourth,” coach Kesterholt said. “Its got to be four strong quarters.”

Youngsville: Plays Union in the consolation game at 6 p.m. today

Kane: Plays Sheffield in the championship game at 7:30 p.m.