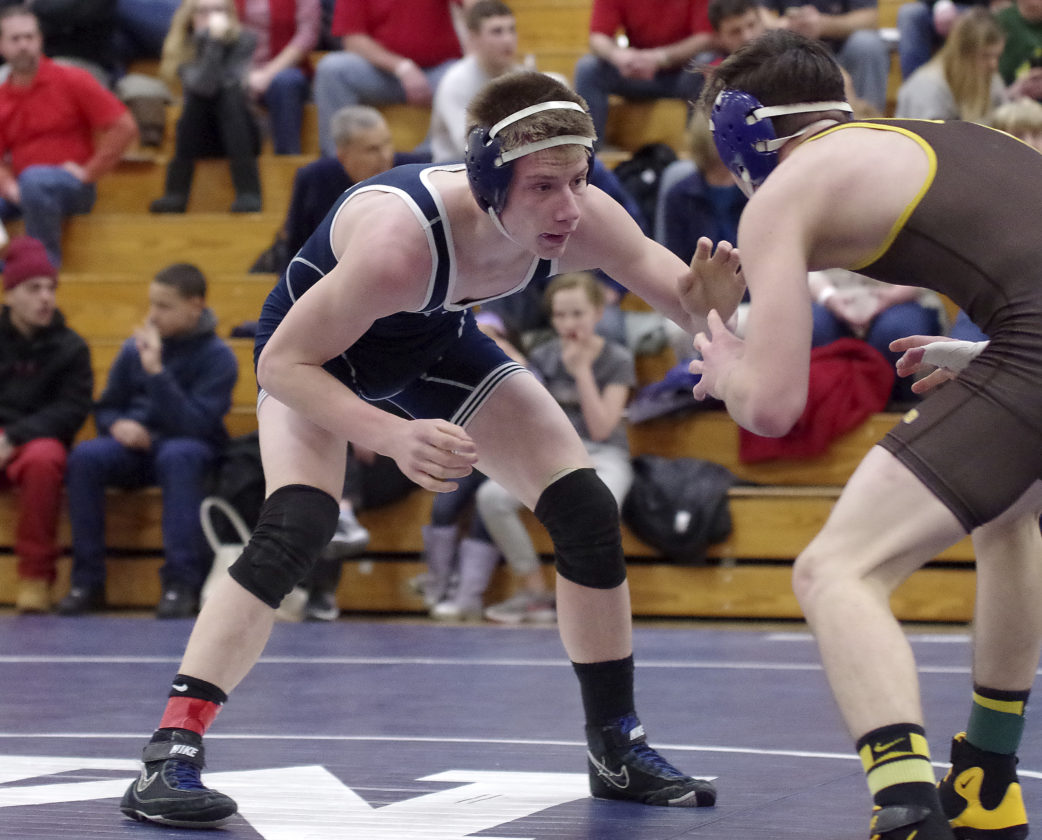 The Dragons finished fifth with 140.5 team points while Eisenhower placed 10th in the 28-team field with 85 points.

Warren’s Jake Engstrom had the best finish of any county grappler, taking second in the 145-pound bracket. Engstrom opened Friday’s action with a second-period pin of Falconer’s Nate Abbey, then won a 4-1 decision over Eden’s Charles Rizzo. That moved Engstrom into the semifinals, where he pinned North East’s Sam Svetz before falling to Falconer’s Dylan Ingrao via a 3-2 decision in the title match.

At 170 pounds, Warren’s Nick DeSimone bounced back from a close loss in the semifinals to finish third overall. DeSimone pinned Hunter Hill of North East and picked up a 9-3 decision over Falconer’s Robbie Penhollow before dropping a 3-2 decision to the eventual champion, Trevor Micek of Maple Grove.

In the consolation bracket, DeSimone pinned Dakota Crawford of Cattaraugus-Little Valley, then beat Newfane’s Julien Nixon in the third-place match, 3-0.

Eisenhower’s Matt Huling took a different path to his third-place finish at 195, dropping his second match to Randolph’s Marshall Johnson before making a run through the consolation bracket.

After the loss, Huling pinned Jamestown’s Skylar Myers and Collin Monteleone of Canisius in a combined 82 seconds. He then beat Olean’s Dylan Vincent in a 5-4 decision and took third with a first-period pin of Iroquois’ Draven Douglas.

Eisenhower’s Spencer Head won three matches in the winner’s bracket before losing to Dunkirk’s Billy Seiders in the 152-pound bracket, eventually wrestling to a fourth-place finish. Warren’s Brett Cummings pinned his first opponent in 32 seconds at 160 pounds and also went on to take fourth on the medal stand.

Falconer had three champions and a total of 12 medalists to run away with the team title. The Golden Falcons finished with 259.5 points, followed by Niagara Wheatfield with 170.5, Olean with 168 and Randolph with 147.5.

Warren has now finished fifth among the Holiday Classic field two years in a row. The Dragons were second in 2014 and fourth in 2013

Both Warren and Eisenhower are back on the mat in region dual matches this Tuesday with the Dragons traveling to Meadville and the Knights visiting Corry.