Facility may be barometer for recovery 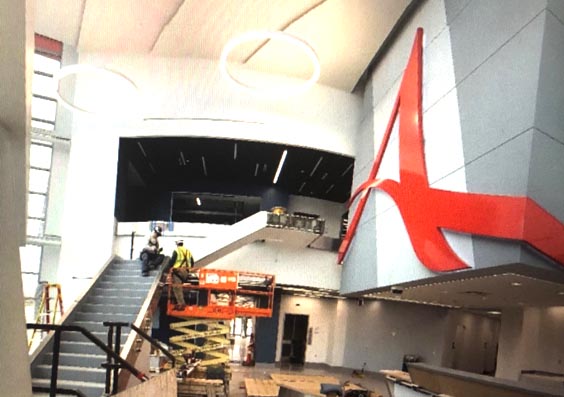 Final touches are still being put on the interior of the lobby of the Athenex site.

DUNKIRK, N.Y. — How our local economies bounce back in the coming months as the reopening phases continue to ramp up remains an uncertainty. Judging from the recent summerlike days, there is a strong sentiment from residents who have been stuck indoors over the last three months due to the COVID-19 pandemic to get outside and seek a return to what were once the usual things.

Car and foot traffic, for the most part, appears to be on the uptick. In addition, it seems more consumers are looking to shop. Whether it is for the outdoor amenities or something personal, many are itching to purchase goods that are not just food.

In the meantime, however, there are quiet concerns that surround the work force — in Chautauqua County and neighboring Warren County. While jobs are available in portions of the region in manufacturing, there remains a wariness regarding a return to work. Though these same individuals may have no problem going to a grocery store, putting in a day at the office has become a worry.

Add into the equation a $600 benefit for being laid off and a full-time gig may be a bit overwhelming. Federal officials will soon get rid of the extra pay, but the problem with unemployment is serious.

Chautauqua County in April skyrocketed to nearly 15%. In Warren, the claims have also been rising.

Those numbers could be a bit misleading. In Dunkirk alone, Fieldbrook Foods — undergoing an $87 million expansion as part of Blue Bunny ice cream — has been seeking more skilled workers since February. Refresco, formerly Cliffstar Corp. and Cott, also is in need of employees.

Other sectors outside food processors are obviously in a much different position. When state governments began shutting down public entities and later small shops and businesses, there was no recourse unless it involved disobeying state edicts.

In northern Chautauqua County, where a rebirth has been hoped for since the days of steel plant dominance, there’s a new kid on the block. It comes with a spectacular look on the outside and is just as spic and span in the interior.

“It’s a really impressive facility,” said Robert Keem, general manager of the Athenex Pharma Solutions plant that borders the town and city of Dunkirk. “In my other roles, I’ve gotten to see a lot of facilities around the world. This one is state of the art.”

Area leaders and residents have come to expect nothing less for the more than $200 million facility. It was in February 2016 that state Gov. Andrew Cuomo came to town to make the big announcement that was filled with fanfare and high hopes as 600 students, area leaders and residents filled the city’s high school auditorium. At that time, residents were told there would be 450 employees working at the plant and another 450 jobs that were spun off from the project.

Dunkirk, as is a Western New York tradition, is often full of doubt. From the start, some have questioned if the company is viable while others do not believe future workers will want to live here.

Image is everything — and our communities are often willing to play the role of the underdog. What residents who have lived here for most of their life forget are the natural gems, our lakes and a small-town spirit. With larger cities seen as hot spots for the coronavirus, the time for the economic turnaround taking place now may be better than ever.

As for Athenex, construction is mostly complete on the outside. Inside, final touches are continuing and the plant is slowly beginning to hire. “As we start up the company it’s going to take all different kind of cross-functional skills,” Keem said, noting the firm will be looking to bring on operators, inspectors, engineers as well as those who have a background in microbiology and chemistry.

Keem did presentations in May regarding the major project at the Jamestown and Dunkirk-Fredonia Rotary Clubs. He also mentioned that one of the major products the firm continues to work on for Food and Drug Administration approval would help in the battle against breast cancer. “The drug that we’re working on would be orally absorbed so somebody would not have to go to a doctor … where they actually use the chemo drug for four or five hours,” he said.

Much of Dunkirk’s 409,000-square-foot facility will be dedicated to manufacturing — from the raw materials to finished goods. Keem also knows once the plant is up and running, New York state Route 5 is likely to become more traveled.

That is good news for downtown — and possibly a number of other lakefront communities. During his talk to the Rotary clubs, he did mention the jobs will come with higher than average salaries for a county where the median household income is around $43,000 per year.

“The way I look at it, it’s definitely a diverse skill set,” Keem said.“It’s not just not scientists. Our warehouse is going to have people from entry-level positions to people who are leading groups.”

Since New York state assisted in making the project happen, it wants the company to keep its word on the 450 jobs. Keem said that goal is expected to be reached by 2024.

“We’re looking really forward to making this happen,” he said.

John D’Agostino is regional editor for the Times Observer, The Post-Journal and OBSERVER in Dunkirk. Send comments to jdagostino@observertoday.com or call (716) 487-1111. 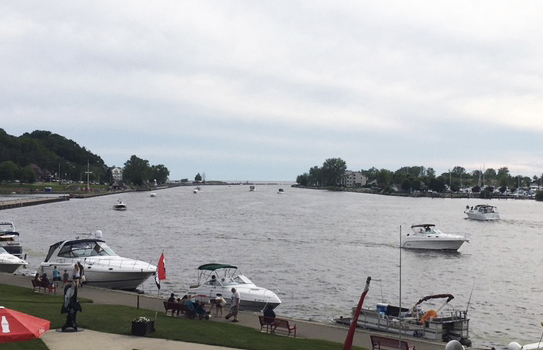