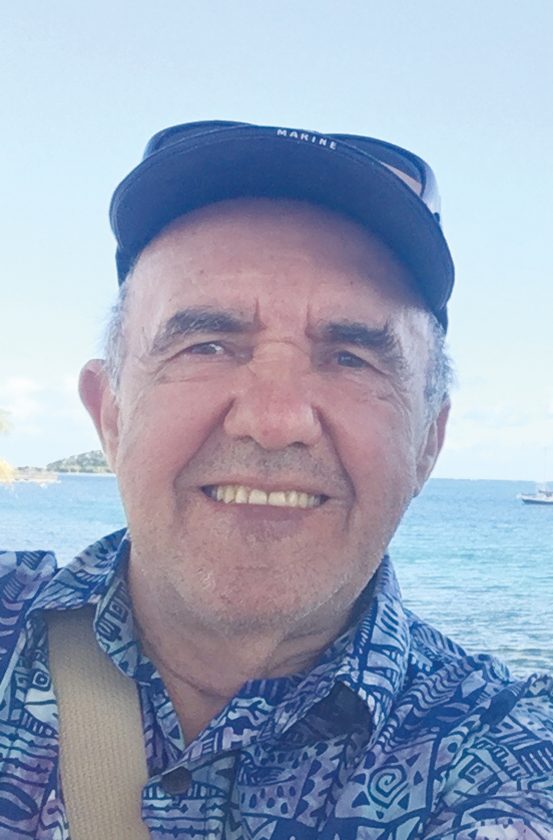 …sitting in a large auditorium in Okinawa, around Christmas, 1965, along with 800 other Marines. The speaker was a Colonel, as I recall:

“Look at your buddies, to your left and your right. Chances are, at the end of your Vietnam tour, one of them will not be going home with you. One of them is going to be killed or wounded in the next 13 months.”

And we all looked to our left and to our right, and somebody said, “Sucks to be you…” and we all chuckled; but we were all buddies, sitting on somebody else’s left or right. Turns out he was pretty much on the money, and now, 54 years later, of the seven of us who were assigned to the same company, K-3-1, I am the last man standing.

You could always hope that you were not going to be that guy, but at that point I looked death square in the eye, and decided that, if I was “that guy” it was okay, and I have been ready to go ever since. It was only through crazy luck–or providence–on a half-dozen occasions that it didn’t happen long ago, halfway around the world.

So here we are today. I thought I was done offering my life to my country, but now there are talking heads saying that old people taking a hit for the sake of the economy is the least they could do. Instead of saving the world from communism, or fighting for someone else’s liberty as we did then, I and my current buddies–people who are in their sixties, seventies, eighties are supposed to be noble and take one for the gipper while the young folks go back to work, to restaurants, casinos and the malls. After all, the young are indestructible.

Turns out, they’re not. Nobody is. We’re all in this together, and I’m hunkered down at home, not anxious to tempt fate yet again. I’ll be damned if I’m going to let myself catch this thing from some irresponsible thirty-something for the sake of somebody’s portfolio, or somebody’s reelection.