I have many Christmas books. In fact, too many to be able to read them all before Christmas. Each year I pick one or two to get me started. Since I have published my own Christmas book, now, I include that.

When I read the book that I published, I remember. Each story has a special meaning for me. It brings back memories of my childhood as well as memories that are up to date.

I did not begin writing books until after my husband died. I guess that provided the time I needed to get one done. Although the Christmas book is the first one that I published, it is not the first one I started. I began with the book I titled “I’m Only Human”.

When I worked with an author at Chautauqua Institution, she told me to keep my working title, but edit what I wanted to include. I took her advice. Since the Christmas book contained only things about Christmas, I published that one first. The following year I was able to publish “I’m Only Human”.

One lady who purchased my Christmas book set it aside to read during Advent. Guess what? There were more stories than she could read, reading one a day. She told me she ended up finishing it after Christmas.

As I re-read that book, I can see in my mind the event I talk about. When I wrote about my first pair of pantyhose, I remember the disappointment with the product. Oh, I loved the idea, I just did not like how they functioned. They were a gift from my aunt and uncle. Betty was up-to-date because she shopped out of town.

Another piece tells about my rejected dollhouse. That one really makes me feel bad when I read it because I know I must have hurt my grandfather’s feelings when I asked for a store-bought one.

When I wrote about the Christmas programs at church, I can see all of the children as they were back then, repeating their pieces and singing their songs. We had a great group of young people when my children were small. They had a lot of friends to hang around with.

Once we did a Christmas cantata. The young people all read music so they were the key to production. I had laryngitis the night that we performed it. I could only mouth the words.

Dolly Parton has a song called “Hard Candy Christmas”. She talks about the kinds of candy that she remembers. I remember candy canes and peanut butter pillows. I also remember Plantation Dainties. Some of those candies were filled while others were just plain. I especially liked the clear fish that came in the box. The first time we ever got Plantation Dainties, my grandmother won them as part of the prize in a radio contest. I remember going to Ludlum’s Variety store to get the answers for her. She was so happy when she was a winner.

One year my husband gave me a toy train for Christmas. I had always wanted one. He gave it to me the year he finished the shelf in the kitchen. Now I do not put it away. It is always on that shelf. The clerk told us that she mailed one to her daughter. The batteries were dead when it arrived because it had played the whole way.

Some of the books that I have are a collection of stories by a man named Joe Wheeler. He picked fantastic stories to include. Some of them are what I would describe as a sort of sappy, but they are fun to read.

I also have a book about Christmas customs. I remember being on a bus trip with a bunch of people when we saw mistletoe growing up in the trees. I knew about that because of that book. It revealed the history of mistletoe and its orientation into the Christmas culture.

My manger scene is another story. My stepfather built me a manger. My mother found some little plastic characters for me to put inside of it. It was our custom to let the children add a piece to the manger scene until Christmas Eve when we added the baby Jesus. There was a little dog with the first set of characters. The children decided that since there was a dog there could be other animals as well. We had sheep, goats, horses, and whatever animals they could find. There was no shortage of characters to add to the scene.

Once I found a copy of “The Night before Christmas” that was illustrated by Grandma Moses. I bought that book from a book store that featured antique books. My husband read that story to the children every Christmas Eve. That is when I put out the gifts. It was not long until they could fill in the rhyming words.

Of course, we read “The Gift of the Magi”. The children really liked that one. For those of you who do not remember the story, a young lady cuts her hair to be able to get the gift for her husband. He pawns his watch to get her combs for her hair. It is a touching story of love and self-sacrifice.

For years a group from our church has gone Christmas caroling. It dates back to when that fabulous group of young people was there. We invited the adults to go along to drive us in the early days. By the time we were finished some of the older children were allowed to drive.

All of the memories are special. You probably have some memories of your own. Be sure to share your memories with your family. That is how Christmas customs are handed down.

Ann Swanson writes from her home in Russell, PA. Contact at hickoryheights1@verizon.net.

The influence of teachers 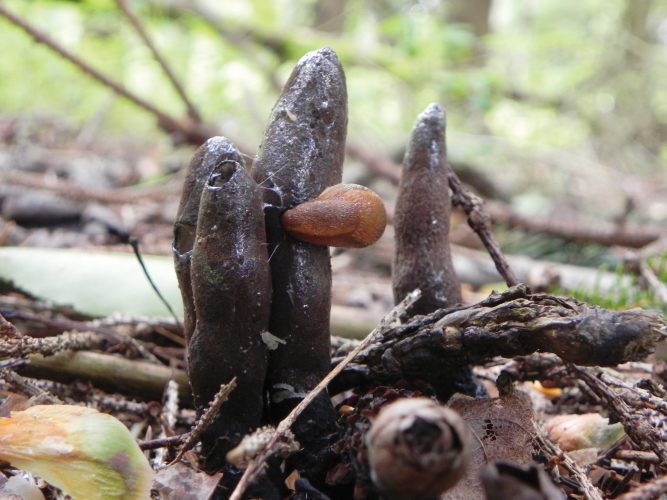 This fungi I know…