When 'buck' season kicks off at daybreak, one more among many changes faced by Pennsylvania deer hunters will be history

For the Herald-Standard (Uniontown, Pa.) 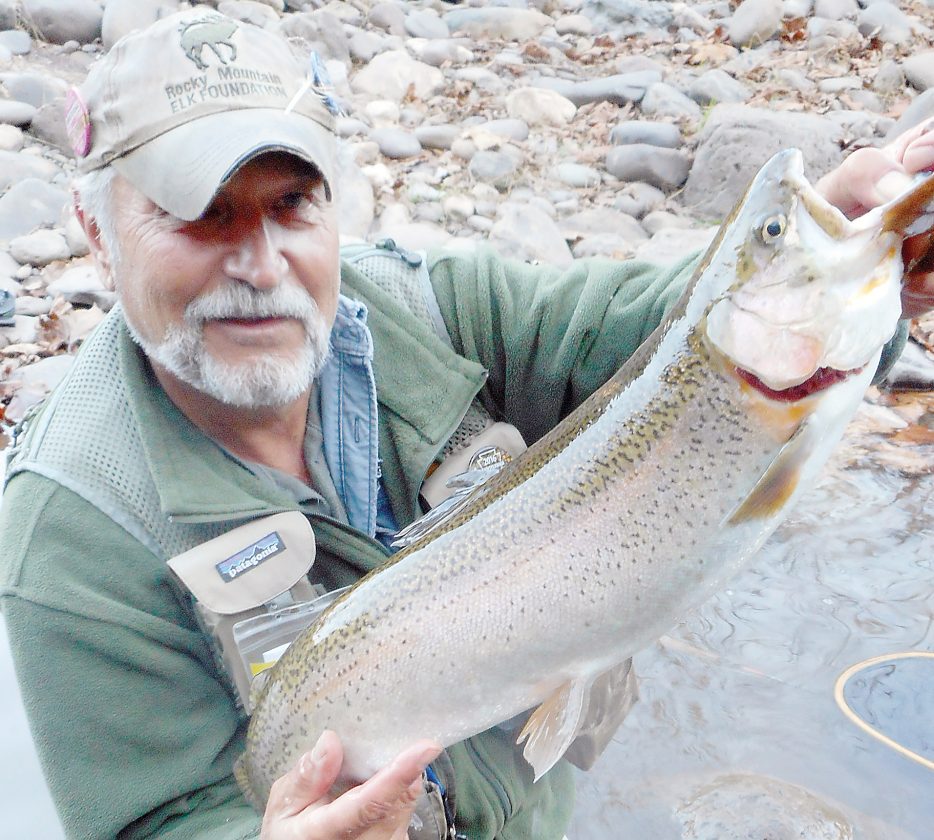 Sunrise (today) will open the deer season, ending a long custom in Pennsylvania’s outdoors. Since at least the early 1960s, the season has begun on the Monday after Thanksgiving. The board of Pennsylvania game commissioners, responsible for establishing hunting seasons and limits, voted for the switch to stoke more interest in a declining pursuit. Hunting license sales peaked at around 1.1 million in the early 1990s. By 2008, the number of adult resident licenses sold had dropped to 671,000, and that trend has continued. Resident adults bought 562,000 licenses in 2018.

In a 2014 Game Commission deer hunter survey, 18 percent of hunters who reported their interest in deer hunting lagging picked “not enough time to hunt” as the reason–more than any other response. Game commissioners who supported the change (the vote for a Saturday opener was 5 to 3) cited the need for a pro-active attempt to keep youth engaged in hunting, to counter the diverse demands that compete for today’s youths’ time and attention.

“Changing the historic opening day from the Monday following Thanksgiving to the Saturday following Thanksgiving represents a change in tradition. However, retaining our younger hunters is important to preserving our hunting heritage,” stated Game Commission chief counsel Brad Bechtel before the April vote. “By shifting the opening day to a Saturday, this change will create more hunting opportunity by selecting a day which better fits the working and school schedules of youth and young adults.”

The change was controversial. Many hunters objected, noting that traveling to hunting camps on the day after Thanksgiving would disrupt the holiday for thousands of families. Others were supportive, saying that, due to their work schedules, the Saturday kickoff would give them their first opportunity to hunt deer on the season’s first day.

It may not ease the transition to a new opening date, but change has often been part of Pennsylvania deer hunting.

There was no deer season at all until 1869 when, apparently, the state legislature set hunting dates from Sept. 1 to Dec. 31. The Game Commission was not established until 1895.

One of the new commission’s first official acts governing deer hunting was to outlaw the use of salt licks and hounds for deer in 1897.

Deer hunting, then, remained unchanged until 1907 when the commission gave a complete protection to antlerless deer. Only antlered bucks could be taken.

That total protection of does was tested over the next two decades, as severely depressed deer populations exploded in response to cutover forests sprouting new, brushy growth. By the late 1920s, abundant deer were stripping the state’s farmlands and in 1928 the Game Commission not only authorized the first statewide antlerless (doe) season, it also closed the buck season that year. Hunters reported killing 25,097 antlerless deer statewide.

Thirteen years passed before the next significant change when the fall of 1951 brought the state’s first-ever archery season for deer. That same year, the commission required hunters to buy a county-specific license to hunt antlerless deer. Before that, does could by hunted statewide, with no geographic distinctions, as antlered bucks are still hunted today. The county-specific license allowed the commission to focus deer management at the county level.

That system was tweaked in 1957 in a nod to bowhunters. Recognizing the greater difficulty of taking a deer with bow-and-arrow (no compounds or crossbows were permitted then), and the small number of participating archers, the commission authorized bowhunters to take an antlerless deer anywhere in the state without a county-specific tag.

Ten years later, in 1967, bowhunting got another boost when commissioners set the first statewide winter archery season, the “after-Christmas” hunt that continues today.

Bowhunting was on a roll. In 1973 compound bows were made legal for deer hunting, and their popularity exploded.

One year later, a new opportunity arose in the deer woods, as game commissioners established the first-ever deer season for flintlock muzzleloaders. That initial hunt was three days long on 37 selected state game lands. The flintlock hunt was expanded statewide soon after.

Perhaps surprisingly, it wasn’t until 1980 that deer hunters were required to wear some items of fluorescent clothing for safety. By 1987, the commission refined the rule to require either an orange hat or vest while hunting deer. In 1988 it established a minimum–250 square inches of orange, visible from any direction.

One of the most revolutionary changes also came in 1987. For the first time in modern history, some Pennsylvania hunters were permitted to take two deer in a license year. To address the problem of overabundant deer around Philadelphia and its suburbs, hunters there could buy an additional unsold “bonus” doe license and could use it to tag a second deer.

That innovation expanded rapidly through the 1990s, both in the number of deer permitted and in geographic spread. Hunters nowadays can take up to four deer–one antlered buck and three antlerless deer–with appropriate licenses without even considering DMAP (Deer Management Assistance Program) tags and additional hunting opportunities in urban zones around Pittsburgh and Philadelphia.

As with tomorrow’s Saturday opener, game commissioners passed a controversial measure in 2001. That year, for the first time since 1906, hunters could kill either antlered bucks or antlerless deer during the same two-week season, known as the “concurrent” format. Before 2001, hunters had grown accustomed to separate “doe” and “buck” seasons.

Some hunters liked the concurrent scenario, some didn’t. Since its inception, the commission has gradually scaled it back to only the season’s second week in most Wildlife Management Units.

In 2002, commissioners allowed another innovation that many hunters thought they’d never see–antler restrictions. Before 2002, any buck with one spike, three inches tall, was legal to take. Hoping to increase the proportion of older bucks in the herd, commissioners set up a three-point (on one side of the rack) minimum in most of the state, and a four-point restriction in far western Pennsylvania, where habitat conditions were better, antlers grew faster, and biologists believed a stricter rule was needed to protect younger bucks. With minor revisions in the west, antler restrictions remain in place.

In another controversial move in 2009, game commissioners approved the use of crossbows and classed those devices as archery equipment.

Another revolutionary change will likely be part of the 2020 deer season. Senate Bill 147, which permits hunting on three Sundays including one designated for firearms deer season, passed both houses of the legislature and awaits Governor Wolf’s signature. That would offer the Game Commission several options when scheduling next year’s deer season opener.

Starting tomorrow through Friday, Dec. 6, only antlered bucks meeting the minimum point count are a legal game in Wildlife Management Units 2A and 2C. Concurrent “either-sex” hunting will be permitted, with appropriate licenses, Dec. 7-14, Sunday excluded.

Facts on an amazing local animal

• Odocoileus virginianus. The Latin “Odocoileus” refers to the depressed “hollow” surface in the crown of the molar teeth. “Virginianus” indicates the species was first described to science in the colony of Virginia.

• Western hemisphere only, from the northern coast of South America, throughout Central America and Mexico, and the eastern two-thirds of North America to the northern limits of deciduous forest.

• Males only. Typically, 4-10 total tines, all branching upward from the main beam. Antlers shed each winter and re-grow in the spring, reaching maturity by late-summer. Antlers are the fastest-growing animal tissue known to science.

• Mid-October through November, known as “the rut.”

• Mature does typically bear twin fawns, seven months after conception. Peak fawning date in Pennsylvania is June 1. Fawns can follow their mother within hours of birth.

• Pennsylvania hunters annually take between 200,000 and 400,000 white-tailed deer in the combined hunting seasons. Hunting mortality depends on weather and the number of antlerless licenses allocated by the Pennsylvania Game Commission.