I succumbed to a tattoo 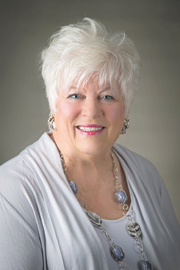 We crossed one more off the bucket list this month – the dream that had bubbled to the top of my desires in the past few decades. It involved a return trip last month to my beloved Scotland for the Tattoo. No, not that kind of Tattoo.

From Wikipedia: “A tattoo is a military performance of music or display of armed forces in general. The term comes from the early 17th century Dutch phrase doe den tap toe (‘turn off the tap’), a signal sounded by drummers or trumpeters to instruct innkeepers near military garrisons to stop serving beer and for soldiers to return to their barracks. It is unrelated to the Tahitian origins of an ink tattoo.”

Later centuries found the drummers being joined by bagpipes. Today the Royal Edinburgh Military Tattoo is a performance of many of the top pipe bands from around the world, all lavishly kitted out in their tartans or national regalia. The marching and music is held on the esplanade of Edinburgh Castle every night for three weeks in August.

The Tattoo offers a different program each year involving bands from Europe, North and South America , Asia, Africa, and Down Under. All this militariana is supplemented by dancers, a light show and ends with fireworks. The pomp and the perfection of the presentation assault all your senses. It’s enough to make your heart burst. All the years of desire washed over me as I sat among almost 9000 like-minded fans from around the world, all of us awed by the majesty before us.

We learned later that the stands on three sides of the parade ground take over a month to install and as soon as the Tattoo is over, crews spend more time taking them down. Every year. This is a big production. I can’t even imagine how they house, feed and transport the hundreds of participants. I do know that they rehearse in Edinburgh’s suburban neighborhoods.

It should be easy to declare that Edinburgh is festive. But it is so jam-packed with entertainers, vendors and visitors, it’s just plain nuts. Practically every corner offers a comedian, a magician, a singer or a sales booth. This August scene repeats every year, so if one wants to see the Tattoo, despite the fact that Scotland is much nicer in May and June, one books the trip to Edinburgh for August.

We bought our Tattoo tickets in January. I wasn’t going to wait this many years for the thrill of a lifetime and foul it up by sitting in lousy seats.

I was working my way through the on-line ticketing process when I discovered the restaurant packages. Whadda deal! Three premier restaurants on the castle hill offered dinner packages with optimum Tattoo seating selection as well. Additionally, instead of being in the middle of the 8:00 to 8:45PM mob scene on the cobblestone climb to the gates, we would arrive at 6:30 for a leisurely dinner followed by an escort to our seats ten minutes before the opening. When I checked out the location of those seats, my mind was made up. T’was a bit pricey, but an easy decision. We’re only doing this once.

When we arrived on the appointed evening, the dining room was warm with hospitality as we joined group tables with other Americans, Brits, Belgians, Canadians and Czechs. The service, beginning with Prosecco, moved on to the delectable multi-course dinner accompanied by uncountable glasses of wine and a single malt tasting. By the time they led us to our seats we were perfectly fortified for the cool viewing stands. A very pleasant way to begin a dream evening.

It did not disappoint. The massed band that opens the program is composed of 250 pipers and drummers from many different regiments. They represented the Black Watch Guards, 19th Regiment of the Royal Artillary, the Royal Canadian Mounted Police, the Royal Gurkhas, the Royal Fusiliers, the Royal Dragoons, the Irish Guards, the New Zealand Army and many more. As they streamed out of the castle in slow march to the traditional pipe melodies of the highlands, I broke out in both goosebumps and a grin – that lasted until the ending fireworks. My happiness setting was on Overwhelm. And I also cried.

The entire facade of the castle was used as a movie screen with both still photos and videos of faraway homelands supplementing many of the bands’ and performers’ acts.

If I tried to describe the amount and types of uniforms, formations, dancing and music it would take more column inches than this space allows. But the perfection of the evening will remain in my memory always, (including a wee dram at the pub down the hill following the last lone piper.)

I never thought I’d make it to the Tattoo. It was, indeed, one of those rare experiences – it was what it was cracked up to be. And since it’s probable that I may not be flitting across the pond again anytime soon, I’m feeling lucky, blessed, and diehard old Scotswoman that I am, very happy.