Brian Ferry at the bat 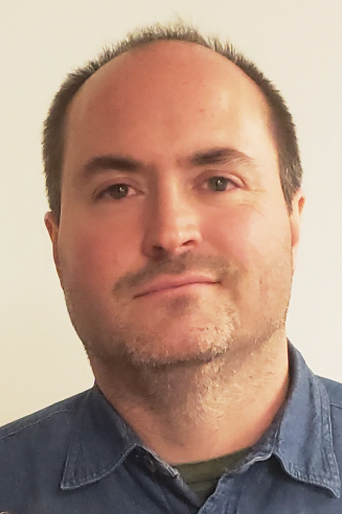 Diethrick Park in Jamestown isn’t a cornfield in Iowa, but it’s my Field of Dreams.

On Sunday, I played my first game of baseball in essentially 30 years.

I doubt you’ll see any of us on TV any time soon. We’re not threatening to bust down the doors of the major leagues.

That’s not what this is about.

The Jamestown Old Timers Baseball Club is a bunch of guys from the area that just want to play ball.

By a month or two, I’m the young guy on the team. That’s new. In softball (or volleyball, soccer, whatever), even in an over-30 league, I’m still pretty old.

Softball is a pretty good substitute, but there’s nothing like baseball.

The Old Timers don’t allow anyone under 46 on the club. The team is generally for folks who are 50 and over, but they allow a few that are getting close.

The guys on the team talk about the same guys I talk about. When they make a ‘let’s play two’ reference, they know who said it. Some of them even saw Banks play. When asked why I wanted to wear number 8, I mentioned two of my favorites from when I was growing up — Joe Morgan and Gary Carter. These guys brought up another couple stars from that era — Cal Ripken and Carl Yastrzemski. Nobody suggested modern guys like Ryan Braun, Hunter Pence, and Manny Machado.

For me, it started a couple of weeks ago. Jon was talking about playing old-timer baseball and I started asking questions. He said, ‘Do you want to play?’

It hadn’t even occurred to me that baseball would ever again be an option. I looked at him. Slowly, I grinned, and said, ‘Yeah. I think I do.’

I was grinning all day on Sunday.

At one point, our captain/manager/pitcher/second baseman turned to the outfield and said, ‘I don’t want to put too much pressure on you, but this may be the biggest crowd we’ve ever had.’

Of the 15 or so folks in the stands, five were with me. I’m glad they were there to share that experience.

It wasn’t a banner day at the plate. I went three-for-six in the double-header against Greenville. One of the hits was a rope up to the middle. Another was an attempted sacrifice bunt. I even struck out.

It’s a wooden bat league. It’s not as bad as I thought, and it’s probably a good idea. It was explained to me that there are some very good 50-year-old hitters and some 70-plus pitchers whose reflexes aren’t what they once were.

That makes sense, and the crack of the bat is satisfying.

After the first couple of innings, I played outfield the whole time. Better bats would have had me running all over the place. As it was, I only played two balls in the air and a few on the ground over 12 innings. I gave my best effort on another fly ball. It must have been something to see — maybe like a stampede. I think I frightened the centerfielder.

We had excellent pitching in both games. Ed and Ron each threw complete games. Our defense was solid. Our hitting was good, too. One thing about the league, you don’t see a lot of extra-base hits and you don’t see guys moving two bases on singles very often. There’s a lot of station-to-station play.

We were winning late in both games but surrendered big innings right at the end.

Despite the losses, I was still smiling.

After the game, a bunch of guys from both teams sat around talking baseball and life. It was great.

I sure am looking forward to another home doubleheader on Sunday.

The games are at 11 and 2, officially. As far as I’m concerned, they’re worth the price of admission — it’s free.

No matter the weather, it’ll be a beautiful day for a ball game. Let’s play two.