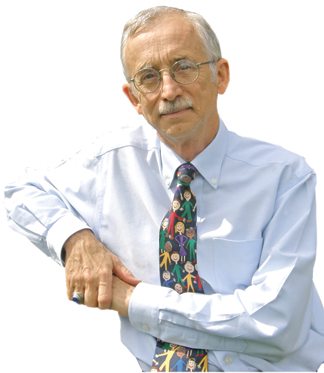 I was looking for a pen just now. I knew there were two or three on the counter a few minutes before. Couldn’t find one. For some reason, I didn’t have one in my pocket either. I ALWAYS have at least one pen handy. Must be a habit left over from my days at the newspaper.

A couple of months ago, I was in a meeting and someone seated next to me said she needed a pen. I handed her mine. She asked what I was going to use. I reached into my pocket and grabbed another. She said: “Wow, it’s unusual for a guy to have ONE pen, let alone TWO!” But today, I had to get up and go across the room to find a pen.

This reminded me of the time I was teaching a class and a student came in and had to borrow my pen to sign the attendance sheet. He was going to be there for several hours. How could he not have a pen? How can a person sit through a class and not take notes? Is everyone else’s memory that much better than mine? An hour meeting generally generates two or three pages of notes for me. Of course, part of that is my defense against AADD, Adult Attention Deficit Disorder….

But the best pen story I have is from a session I had with a high school-aged guy when I was at Family Services. He was bright and indications were when he liked the teacher or the subject, he did pretty well. It seemed to me he would eventually be successful when he found his niche. But in the meantime, “School is so boring….” was his mantra. He was into mischief and/or falling asleep in class. He was disruptive enough often enough that he was referred outside the school district for counseling. (He wasn’t disruptive enough to warrant heavy discipline.) I was really interested in finding out what was happening in this lad’s life and I had a preconceived notion that some of his issues were from outside of school.

Since I am a note-taker, I tried to get clients to do likewise. I provided pen and paper for my clients and suggest that they jot down helpful things that came up during our session. I explained that just a word or two would suffice. It’s a basic idea that we process the written word differently from the printed word and the more different ways we process things, the more likely we are to find good things, hence I encourage jotting things down and looking them over.

We were seated along with a table and the young man was fiddling with a cheapie plastic pen. Suddenly, he broke the little clip off the pen. You know, that part nerds use to keep their pens straight in their pocket protectors. He threw both pieces onto the table and said: “I didn’t do that.”

This threw me for a loop. My optimism about the guy changed immediately. I thought I’d find some typical issues of home life, family life, relationships…. I had loaded up my basic ideas about helping a person to use their intelligence, instincts, positive and negative experiences, and natural abilities to reach their goals. And I had some experience with denial from working in the substance abuse arena. But this…. How could a guy be caught in the act and deny what he had done?

I don’t often rely on Freud’s ideas, but I think the issue here could be about “ego strength.” While the kid liked to portray a certain toughness and competence, he was pretty fragile. He had no way to deal with mistakes or minor setbacks. He threw up defenses, sometimes ridiculous defenses, rather than show any weakness or failure. A simple: “Whoops, I’m sorry!” would have been a perfectly reasonable response. He just broke the little clip of a cheapie pen, for heaven’s sake. But he didn’t have it in him. He couldn’t take responsibility for his behavior.

I still wonder how pervasive this is. There is evidence, maybe not scientific evidence, that we are creating generations who can’t handle defeat, lack of success, criticism, or statements contrary to their personal, naive beliefs. But the really scary thing is a reluctance or ability to take responsibility for the things we do. Do we want to raise generations who think and behave this way?

As a lifetime resident of Warren, I continue to be amazed by our strong community. A community that stands united ...