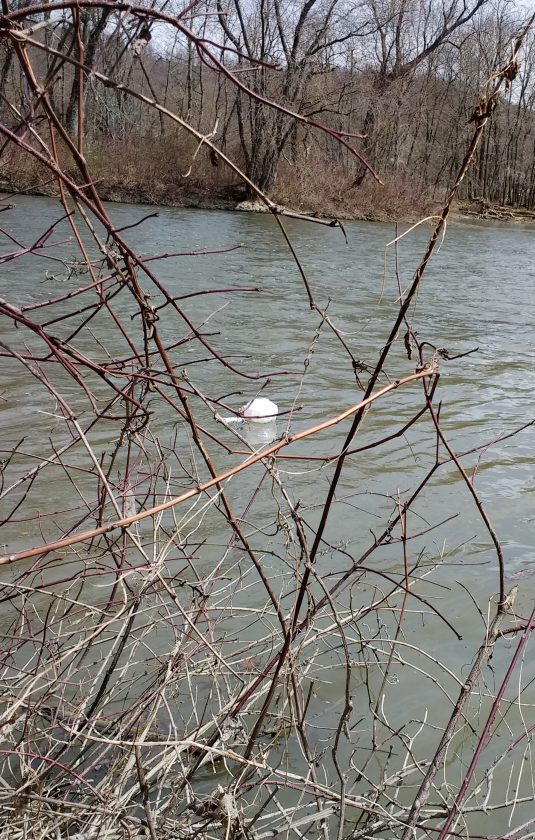 Times Observer by Lorri Drumm Something contained in a white plastic bag was tossed into Conewango Creek last weekend right in front of an inquisitive reporter.

It’s hard to say how most people react when they witness an act that goes against the norm. I suppose it depends on the severity of the act.

If it doesn’t pose an immediate threat, but is absolutely harmful and completely senseless, what would you do? Would you confront the culprit?

Well, I’m not much for confrontation, especially when the evidence is floating away. However, my brain doesn’t function the same way most do. I look at everything as a story and, as such, I ask “why?”

Once upon a time, there was a reporter enjoying one of spring’s first warm, sunny days. The buds on a nearby Magnolia tree were starting to bloom and the creek (Conewango Creek) was moving at less of a rush than its usual pace.

The reporter sat quietly at the waters edge, picking some tangled branches and vines, tossing them onto the bank away from the stairs and platform she sat on.

Suddenly, a human groan broke the peaceful lull and with just as sudden of a thunk, a white plastic bag landed in the water just slightly north of where she sat.

The bag, tied with a twist at the top, floated by too quickly for capture. But, one should realize, a reporter always has a camera.

There was no way to determine the contents due to the speed of the floating garbage, but it showed no sign of sinking. So, whatever deserved tossing into the creek, as opposed to a garbage can, apparently wasn’t too heavy.

When it comes to garbage cans, it must be mentioned that the tossing occurred behind a private residence. One would hope there is a garbage can inside the residence and that some intruder didn’t make their way around a fence just to toss a bag into the creek.

Maybe a person with a normal brain would simply express their disgust and walk away. But the reporter, who sometimes goes by the name “Abbie Normal”, had to wonder “why?”

What contents could be so vile that would justify the effort of launching them into a creek as opposed to dropping into a can? Could it have been a form of excrement? Was someome throwing out the throw-up?

Was there something inside that bag that was so vile and disgusting that it could no longer be tolerable to coexist with it?

Maybe it was just the absolute worst gift ever but one couldn’t risk it being found in the garbage?

Then the reporter posed the situation to her colleagues. The immediate suspicion was that the contents were illegal. Drugs. Drug paraphernalia. It would probably float.

Whatever the contents, some stories have a moral and the moral of this story is: “Hey, Garbage Tosser, you’re secret disposal area isn’t so secret. And, now, a whole bunch of readers know about it, too. So, stop polluting the creek.”