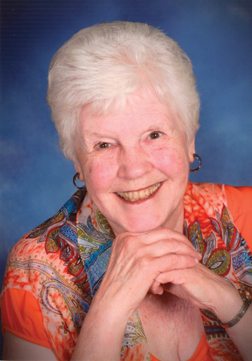 Today there all types of scarves. Some of them are decorative only while others are serviceable. I have examples of each of these. Scarves are a very popular fashion accessory these days. I purchased one at a craft fair a few years ago that came with instructions on different ways to wear it. I do not think I have exhausted the ideas yet!

Mostly now I think of knit scarves since I am an avid knitter. I remember my mother and my grandmother knitting scarves. When I played outside in the snow, I wore a scarf to keep the snow from going down my neck.

As I grew older scarves became something to wear as an accessory. You had to put the scarf on just right to be in style. You did not knot it either. You just wrapped the scarf around your neck and threw the long ends over your shoulders.

I also remember looping the scarf in the front, then tying it in the back. Doing this was popular in the sixties. I have a picture wearing a scarf like this taken at a beach. It was a terribly windy day and my hair needed to look decent for a dance I was to attend that evening.

I recently saw a picture of a lady with a scarf on her head. It was folded in half to make a triangle. The picture asked what a scarf like this was called. I knew – it was called a babushka. While I did not use the word often, I knew what it was. That is an old-fashioned term.

There are many types of scarves these days. For a while, people used fun fur to make fluffy scarves. I made a number of these and gave them as gifts as well as wore them. I think I may have a skein or two of this material left. I never made any of those lacy scarves, but I have several of them. Sometimes I knot them, sometimes I just wind them around and let the ends dangle down the front.

A friend wore a scarf that was very pretty. I asked her if she gave out the pattern. This scarf is knit and it winds around itself. I was working on one of those when my granddaughter had surgery out of town. A lady came over to watch what I was doing and wrote down what she saw. She intended to make one of those.

Infinity scarves are in. Those are the ones that have no end. They are easy to put on.

When I was in Europe, I bought a scarf that was all the rage over there. It really was more like a shawl than a scarf. I have used it as such during the summer to keep warm on a cool night.

Another thing I remember is the old-style boots – the ones that you wore over your shoes. They were called galoshes way back when.

When I taught preschool these boots were in fashion. I wanted the children to be able to dress themselves so I told the parents about using bread wrappers over the shoes to make them go on easier. I also taught them to make a mark in the boots so the children could match them up and put them on the right foot.

I remember my first pair of snow boots that I wore over my socks. They were fur lined. If the snow was not deep you turned the tops down to expose the fur. The downside of boots like these is that you had to carry your shoes. I bought a cloth bag to carry my shoes. I knew if I left them in the car for any length of time they would be cold when I put them on.

My husband wore barn boots. You needed long socks for those. Often, I knit my husband’s barn socks. I found out when the foot part got holes in it, I unraveled the yarn, picked up the stitches and knit a new foot. The long part was just fine. Often, I made them with stripes to use up my extra yarn scraps.

The night my husband broke his ankle we had to cut off his boot because we could not pull on the foot. We managed to save the socks though. The doctor who set it was a pediatrician. We had to go to his office for a check-up and sit with all the mothers and their children in the waiting room. That was an experience for my husband.

Boots are now in fashion. People wear all kinds of boots to make a fashion statement. I have several pairs of boots that I wear with my jeans. I feel dressed up when I wear my boots with heels.

Mittens are another necessary winter item. My mother, my mother-in-law, and I knit mittens for the children. Homemade mittens took a little longer to dry, but they had many pluses. We had a mitten rack on our wood stove to dry them.

When the children were small, I crocheted a string that went through the sleeves of the jacket so that mittens did not get lost. I suppose you could crochet a string on just about any kind of mitten to keep them from getting lost.

Another thing about homemade mittens is that they were easily identified. If I found a mitten, I knew who it belonged to because I probably knit the pair of them. It was easy to return the mitten to its owner.

I have to say that I am happy with the styles of today. I do not miss those boots that went over your shoes. I still use scarves and I still have homemade mittens that I wear when I shovel or play in the snow.

Ann Swanson writes from her home in Russell, PA. Contact at hickoryheights1@verizon.net.

The influence of teachers