Spicebush — below the surface 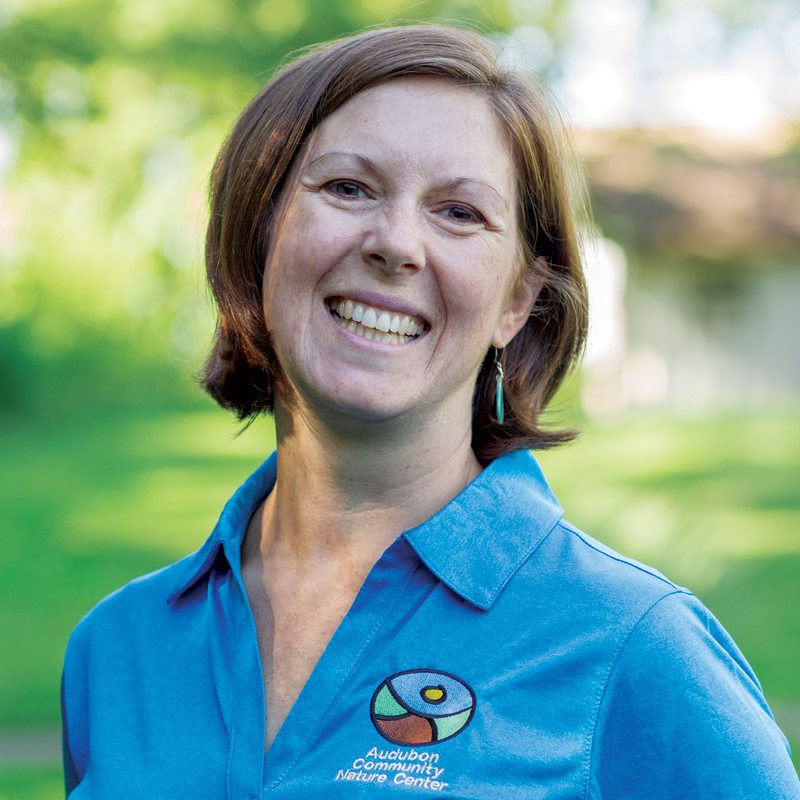 Katie Finch For The Audubon

Spicebush is a non-descript plant. There seems to be very little that makes it stand out when you first look at it. It is a medium-sized shrub. The leaves are an oval shape with smooth edges. They are an average green color and blend in with other, similar, green shrubs.

This plant is only ordinary when you look at it. When you smell it, it is extraordinary. You can’t just walk up to it and sniff. You have to scratch and sniff. Crush a leaf. Scrape the bark. Under its skin it holds the most delightful but difficult-to-describe scent. Its spicy fragrance is warm, like nutmeg, not hot like red pepper. There’s a hint of lemon there, too. Some say it is like allspice but the comparison doesn’t ring true for me. It is uniquely itself.

On a hunt for a patch of Spicebush I saw in the spring, I ventured off trail to where the forest ends and the swamp begins. I started seeing a few small bushes in the dry areas under the hemlock and maple trees. One here. One there. They like the shade. Most were concentrated right on the edge of both habitats. Their feet just wet enough but not too wet. They were there in this edge habitat among fellow swamp dwellers — Jewelweed, Joe-Pye-Weed, some ferns and sedges. And, of course, the not-so-picky Poison Ivy.

I saw these plants in the early spring, their soft yellow flowers glowing in the brownish early spring woods. I made a mental note to come back in early fall. Spicebush is classified as a dioecious plant. Like holly or some fruit trees, it has male and female flowers on separate plants. In order to get fruit, you have to have both a male bush and a female bush. And only the females bear fruit.

In this edge habitat, many bushes are males, bearing no fruit. I scratch the bark and smell just to confirm it is Spicebush. When there is a female with fruit it is easy to spot. The small berries are only the size of a pencil eraser but an unmistakable bright red. It is lipstick red. Or Corvette red. The smooth shape and texture of the berry accentuates this red, helping it shine. The contrasting green leaves also help it stand out.

It is the berries I am seeking. I take just enough, leaving some for the animals and some for future Spicebushes. I don’t get worried when I drop one on the ground but see it as a giving back for what I am given.

We, as humans, have been flavoring our foods with rocks, roots, seeds and bark from around the world for hundreds of years. But look what is right in our own backyard. Spicebush leaves or twigs can be used to make a mild tea. The berries hold the strongest of flavors. The berries chopped or ground can be used to flavor most any food. You won’t find many recipes for spicebush so it requires cooks to be creative. I’ve replaced cinnamon with ground spicebush berries in apple pie and used them as a dry rub on pork. My favorite experiment was adding some to a basic sugar cookie recipe. Spicebush ice cream is pretty tasty too.

Elsewhere in the fall woods, Christmas colors abound when you start looking for them. So if you go looking for Spicebush, particularly to eat, you don’t want to mistake it for something else. Winterberry Holly is also sporting bright red berries this time of year but the edges of leafs are jagged, not smooth. The invasive Autumn Olive is also fruiting but the red berries are speckled with white. No worries about the red berries of honeysuckle. They are dried up and gone this time of year. Bearberry also has red berries but the plant only reach a few inches off the forest floor. But a sure test of identification is the smell when you scratch a twig. If it doesn’t smell fragrant, slightly spicy and lemony, it’s not Spicebush.

I felt pretty lucky spotting a patch of Spicebush in the woods. Spicebush is a native shrub in the eastern United States. It can also be purchased as an ornamental shrub to plant in your yard. And planting natives has many benefits. It is an early spring flower that brings beauty but also nectar to small insects. It is a host plant for several butterflies. The caterpillars of the Promethea Silkmoth, Eastern Tiger Swallowtail and the aptly named Spicebush Swallowtail feed on its leaves. Spicebush is often listed as a deer resistant plant. However, where deer populations are high, or food is scarce, the deer don’t seem to mind munching on the vegetation.

In the season in which Albert Camus describes as “…a second spring when every leaf is a flower,” I’m sure, if he experienced spicebush, he would make an exception for berries being flowers, too. And sometimes you have to get below the surface to find the treasured essence of a thing.

Katie Finch is a naturalist at Audubon.