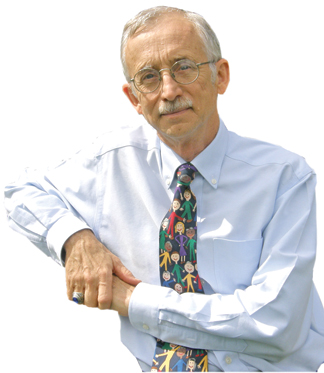 Remember Car Talk, that quasi-comedic, semi-serious NPR call-in show about car mechanics? “Click and Clack”, the Tappet Brothers, actually Tom and Ray Malgiozzi, were very bright guys, both MIT grads. And they were HILARIOUS! They had a business in Cambridge MA (which they always referred to as “our fair city.”) It was a repair shop. As I understand it, people could rent space and tools and Tom and Ray would coach them as they repaired their cars. Then the liability issue hit. A “rookie welder” can be a dangerous individual….

The radio call-in show had questions that ranged from silly to serious and answers that sometimes matched the tone of the question and sometimes flipped it. One time a guy called whose St. Bernard had been riding shotgun in his pick-up with his butt on the seat and his feet on the floor. He got car sick and barfed into the defroster vents on the top of the dashboard. The guys explained how to disassemble the vent system so he could clean it out. Another time a woman who had just bought a convertible called and asked what kind of shampoo and conditioner she should use so her hair would look best blowing in the breeze.

At the end of the show they listed staff members, all plays on words and puns suggested by fans. Their seat cushion tester was “Mike Kiester”. Their harassment officer was “Pat McCan”. They actually used one I submitted one time; travel agent “Harry Vederci”. There are hundreds of these listed on their website.

Sadly, Tom died a few years ago. “The Best of Car Talk,” repeats, ran for a while then disappeared. There were rumors it would be brought back, but I don’t think it’s happened. Episodes are available on YouTube.

Let’s take this a step farther. Do ten, or hundreds, or thousands who know nothing about a subject know more or less than a single ignorant person? See, the problem isn’t the number of people involved. No matter how many people are involved, there is NO knowledge to consider.

So, it doesn’t matter how many voices there are or how loud they are. There are many, many loud voices on all sides of all issues. What matters is the ignorance factor. And as a wise man once told me, there is no shame in ignorance, the shame is in unwillingness to learn.

Dispelling ignorance seems to make sense to me and it’s actually quite simple. What needs to be done is the avoidance of “confirmation bias.” That means NOT looking for support for ideas that come from ignorance, hunches, or gut feelings. It means studying all the sides of the issue, even ones that challenge your position, and making informed decisions.

Think about the guy with the trailer with the electric brakes. How wise would it have been for him to take the “advice” of Click and Clack? Not very.

Gary Lester is a lifetime area resident, a former photographer for the Times-Observer, former market manager for WhirleyDrinkworks, retired Executive Director of Family Services of Warren County, and current Director of Leadership Warren County. He is a life-long student and commentator on human behavior.