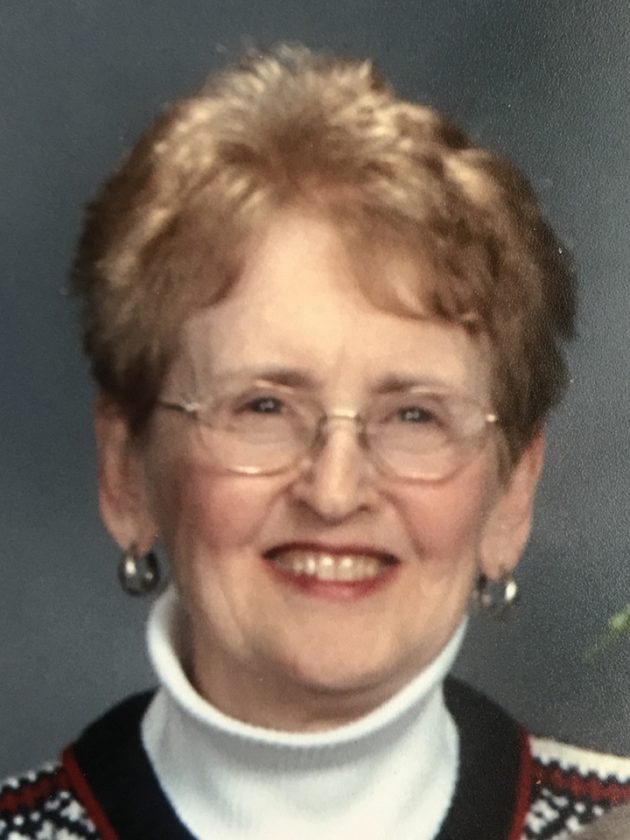 Louise Manifold Crozier, 83, of Warren, Pa., loving wife and mother, passed away peacefully on July 23, 2020, at the John and Orpha Blair Hospice Residence, Warren, Pa., after a multi-year battle with a rare, progressive, neurodegenerative disorder. Louise was born in Greensburg, Pa., the daughter of the late Dr. Stanley Shaffer Manifold and Laura Moye Manifold.

Louise was a 1955 graduate of Waynesburg High School, and a 1959 graduate of Pennsylvania State University, receiving a Bachelor of Arts degree in home economics. Following graduation, she moved to Jamestown, N.Y., to teach at Washington Junior High School. Shortly thereafter, she met her soon to be husband, the late George Wendell Crozier. They married, moved to Warren, and spent 54 wonderful years together. After many years as a stay-at-home mother, Louise returned to work as a dietician at the Warren State Hospital, where she remained employed until her retirement. She was an active member of the Warren community, as well as the First Presbyterian Church, where she played in the Scotland Bell Choir, attended to homebound parishioners and those with special concerns, participated as a member of both the Minister Nominating Committee and the Endowment Committee, and served as a deacon and an elder.

Louise was a wonderful wife, mother, and friend, who was loving, kind, intelligent, funny, thoughtful, loyal, and exceedingly giving. She played the organ and the piano, and she and George could frequently be found sitting together at the piano she playing, and he singing. She was an accomplished cook, baker, and seamstress, winning multiple awards in those categories at the Warren County Fair (where she also served as a judge, in multiple categories, for many years). She made beautiful clothing for herself and her family, and supported George in his theater participation with Warren Players Club by sewing and assisting with costumes on multiple stage productions. She was well known for her delicious, picture-perfect pies, which for many years (up until her illness prevented her continuation) could be found on Saturdays at the Warren Farmer’s Market. She continued baking pies for family and friends, using adaptive equipment, until the disease’s disabilities finally made it too difficult. She will be dearly missed by her family and friends.

Recognizing the rarity of her disease, Louise generously donated her brain to theCurePSP Brain Tissue Donation Program, through the Brain Bank at the Mayo Clinic, Jacksonville, Fla. This research program met Louise’s desire to contribute to a body of science designed to help others, as it focuses on six rare tauopathies, including her diagnosis of Corticobasal (Ganglionic) Degeneration (CBD or CBGD). Brain tissue donations are used by Mayo Clinic’s research programs, and are accessible to researchers worldwide, who are studying neurodegenerative disorders.

The memorial service, including a virtual component for friends and relatives at a distance, will be held at the First Presbyterian Church in Warren. However, the date and time for this service have not been set, so will be announced at a later date.

Those wishing to submit email condolences may do so by visiting www.lewis-funeralhomeinc.com

The Donald E. Lewis Funeral Home, Inc. has been entrusted with the arrangements.