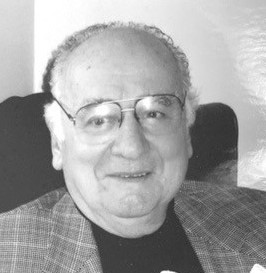 Sam was born April 18, 1927 in Kersey, Pa. to the late Joseph and Theresa Mussoi Bona, second youngest of seven brothers and one sister.

Joseph died when Sam was in the 8th grade. As a result, Sam was forced to quit school and go to work in the coal mines, later buying a coal truck and hauling for the Elliott Company. Sam also served in the Air Force at the end of World War II.

On July 4, 1950, Sam married Annarella Marino of Johnsonburg, Pa. and moved to Ridgway, Pa., where he purchased the Ridgway Grill. Sam and Annarella ran the Grill until 1963, when they sold it and relocated to Warren, Pa., buying Oakview Tavern. Sam and Annarella ran the Oakview Tavern until 1995, when Sam’s heart bypass surgery forced him to close the Tavern. For many years, The Oakview Tavern was “the” place to go in Warren for a fun night out. Sam was the consummate host who never forgot a face, a name, or a favorite drink. Throughout the years, Warren residents enjoyed many special events at the Oakview, including everything from wedding receptions to bowling banquets.

Sam is survived by his wife, Annarella, with whom he celebrated their 70thwedding anniversary on July 4, 2020, as well as by his son, Tony Bona (Marilyn) of Dallas, Texas, and four grandchildren, Amanda White (Benjamin) of Austin, Texas., Jonathan Bona of Coppell, Texas., Katherine Wilke (Devin) of San Antonio, Texas and Charles VerMilyea of Melbourne, Fla. four great grandchildren, Caroline, Connor and Cole White, Ryan Bona.

In addition to his parents, he was preceded in death by two children, Gary and Kim, his seven brothers and one sister.

Those wishing to submit email condolences may be sent by visiting www.lewisfuneralhome inc.com.

The Donald E. Lewis Funeral Home, Inc. has been entrusted with funeral arrangements.