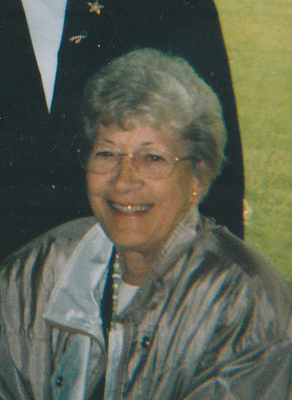 Eulalia went to Shippenville High School. In her teen years, she entered a yodeling concert and won first place.

Eulalia married the love of her life, Clyde E. Frederick on March 4, 1949. She was a homemaker most of her life. Eulalia was employed at a supermarket bakery and the Warren Hotel for several years.

She along with her husband, Clyde resided in Red Haw, Ohio for nearly 20 years, prior to relocating back to Pennsylvania where Clyde was in the oil drilling business for many years.

Throughout her life, she was a devoted member of the St. Matthews’s Roman Catholic Church in Youngsville, Pa. Eulalia played a highly active role in her church. She enjoyed playing bingo, cards, and puzzles.

In addition to her parents, Eulalia is preceded in death by her husband, Clyde E. Frederick on March 23, 2004; one daughter, Linda Schlechty who passed away on Jan. 19, 2020; and three sisters: Virginia Smerkar, Jessie Schmader and Delila Ochs.

She will be laid to rest in the St. Michael Cemetery in Fryberg, Pa., next to her loving husband and daughter.

Memorial contributions may be made to a charity of the donor’s choice.

Online condolences may be shared on the funeral home’s website at denbow fh.com.