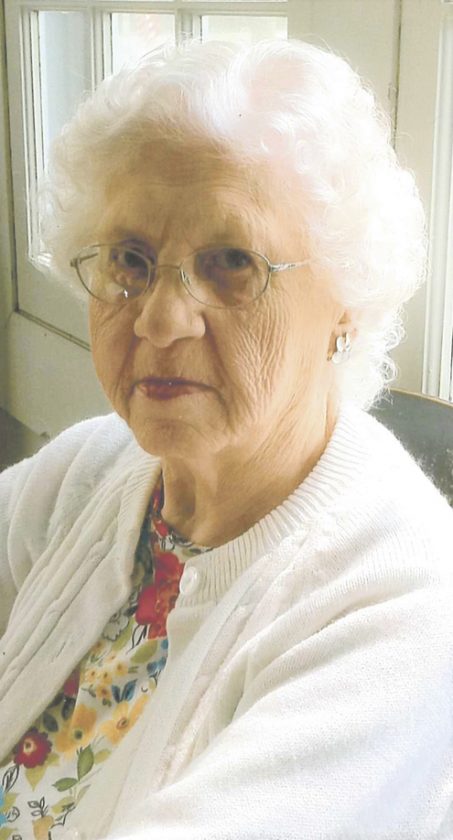 Marjorie was a 1939 graduate of Dunkirk (NY) High School. She worked for Doctors Jones and Snyder of Warren as a dental assistant for 8 years. She also worked in the psychiatric unit at Warren General Hospital for several years followed by a multiyear stint in the local Boy Scout office. She was a member of First United Methodist Church of Warren for over 65 years serving many years as president of the Allen Class. Mrs. Trubic’s whole life was spent as a voracious reader of fiction.

Marge often like to tell “war stories” of the excitement when she and her husband, Richard D. Arnold, spent most of 1943 and 1944 living in Oak Ridge, Tennessee while Richard worked on the Atomic Bomb. Life was very secretive and often led to some very funny situations almost like “I Love Lucy” episodes that they couldn’t tell their friends until years later. Richard was a civilian member of the U.S. Army armed services, but they lived on base in very stark conditions with no telephone of their own. The Army brought each of the living quarters what passed as a Christmas tree with very few needles on it.

Marjorie is survived by her son – Douglas S. Arnold of Warren, PA; 2 stepchildren – Diane Trubic of Erie, PA and Karen Sides and husband, Butch, of Middletown, PA, 5 grandchildren; 6 greatgrandchildren; 1 greatgreat grandson; and many nieces and nephews. In addition to her parents and husbands, she was preceded in death by her son, Robert E. Arnold, who died on May 1, 2018, after a long illness; 3 sisters – Minnie Silver, Helen Kinney, Edna Fitzer, an infant sister, Mabel, and 1 Brother – Walter Raths – all of Dunkirk, New York.

Due to current restrictions there will be no public visitation or service at this time, but a Celebration of Life will be held at a later date. Those who wish to place a memorial may do so to Shriners Hospitals for Children, 1645 W. 8th Street, Erie, PA 16505. Arrangements have been entrusted to the Donald E. Lewis Funeral Home, Inc., 304 East St., Warren, PA. Email condolences may be sent by visiting lewisfuneralhomeinc.com.

A funeral and committal service for Lori L. McLaughlin, 53, of Warren, PA, who passed away on March 18, 2020, was held at 11:00 a.m. Saturday, March 21, 2020, at the Donald E. Lewis Funeral Home, Inc., Warren, PA, with Rev. Marcus Briggs, retired minister, officiating. Interment will be in Swedish Union Cemetery, Tidioute, PA.