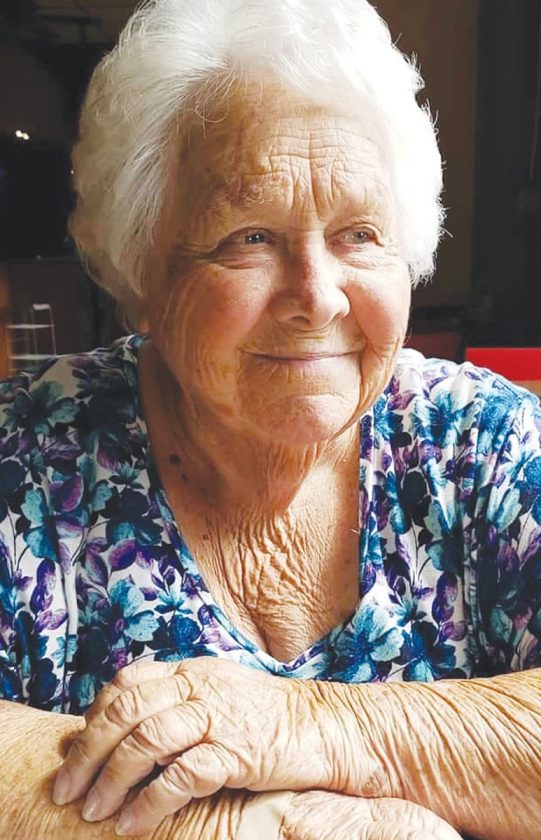 Charlett Lorraine (Spencer) Johnson, 88, of Scandia, PA was called home to the Lord on Tuesday, March 24, 2020, after a life filled with love.

Charlett was born on October 21, 1931, in Tidioute, PA to Nelson and Grace Spencer. Charlett married her husband Roger Elliot Johnson on October 16, 1954, at the Scandia Covenant Church. Together the two moved to his family farmhouse in Scandia, PA and raised their four children, as well two granddaughters after the passing of their daughter, Darlene.

Charlett enjoyed racing cars, hunting, and riding horses. She always had a story to tell about her younger years. She drove a school bus for 25 years for Decker’s Transportation. She was a member of the Ladies Auxillary Fire Department in Scandia, as well as a member of the Scandia Covenant Church. She and Roger loved music and would frequently meet with their friends to “pick and grin.” They also loved supporting their grandchildren in sports and activities and could always be found at a sporting event of one kind or another. Charlett could often be spotted in the front yard pitching softballs to her granddaughters or sitting on the front porch rocking a grand baby.

Charlett, known lovingly as Meme, was the heart of her family. Family gatherings held at her house were always loud, fun, and filled with love and lots to eat. She was loved to bake pies one Thanksgiving making 14 because “you can never have too much pie.” She was a long time Buffalo Bills fan. She would do anything for those she loved. She was a spunky, strong woman who had a spark for life. She was very social and always on the go. She will be dearly missed by all who knew her.

In addition to her parents, Charlett is preceded in death by her husband of 50 years, Roger; daughter Darlene; her sisters Ardelle and Dorothy; and her brothers George, Harold (Spike), and Merle.

Due to current restrictions there will be no public visitation at this time. A celebration of life is being planned for a later date.

Those wishing to place memorials may do so to the Scandia Fire Hall or Ike Pride.

The Peterson-Blick Funeral Home has been entrusted with funeral arrangements.