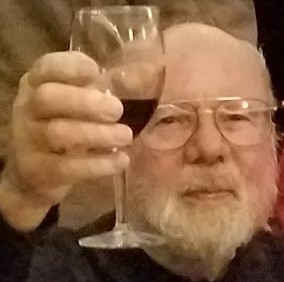 George was born in Warren, PA on October 13, 1927 to Percy and Zoe Kay. He was the first in his family to graduate from college, and received his bachelor’s degree from Houghton College in New York State in 1949. George and fellow classmate, Miriam Foster, married in 1951.

George served in the Army during the Korean War, afterwards he and Miriam both taught school in New York State for many years. Never one to sit still and stop learning, George pursued and earned his doctoral degree in education from the State University of New York at Buffalo in 1969. George began his international career in 1968 when he and Miriam moved to Tanzania with their teenage twin daughters. He spent many years teaching education at the university level. George and Miriam also lived and worked in Thailand, Afghanistan, and Indonesia. He finished his career in Swaziland working for UNESCO. George and Miriam retired to Kerrville, Texas in 1982 where they built their dream home.

George was active in his retirement and volunteered with the IRS doing taxes for seniors. He travelled extensively and was especially fond of the desert Southwest. George jogged every day and was determined to learn to speak Spanish. He was also a member of the local Unitarian Universalist congregation. George was passionate about education. He shepherded his children, grandchildren, and greatgrandchildren through countless educational pursuits.

Survivors include his sister, Nancy Carr of Richmond, VA; his two daughters, Marilyn Thompson of Fredericksburg, VA and Rebecca DeFraites of Paris, France; his stepchildren, Bryan Foster of Harpswell, ME and Cheryl Foster Lash of St. Augustine, FL; 11 grandchildren; 17 greatgrandchildren; and his companion, Ann Winder, of Walla Walla, WA. George was preceded in death by Miriam, his beloved wife of 53 years; his two brothers, Bill and Bob Kay; and by his stepson, Craig Foster.

A memorial service is planned for late April.