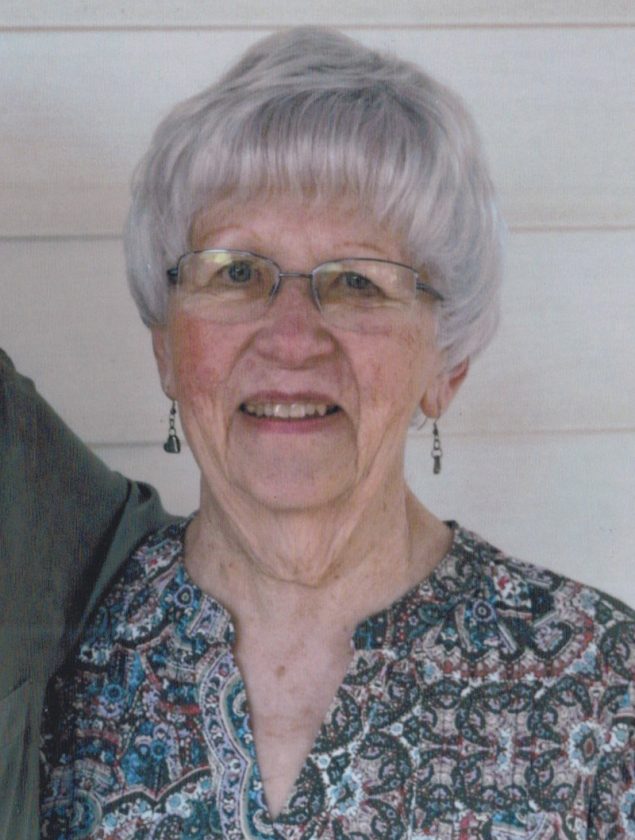 Nancy Jean Swanson Stanton, 78, of Russell, PA, beloved wife of 57 years of Raymond “Zeke” Stanton, went peacefully to the Lord, while a resident of the John and Orpha Blair Hospice Residence on Friday, November 29, 2019.

She was born on January 9, 1941, in Warren PA, to the late Charles and Virginia Swanson. She graduated from Eisenhower High School in 1958 and from Edinboro State College in 1962, with a bachelor’s degree in Elementary Education. She retired from Frewsburg Central school in Frewsburg, New York in 1996, after 32 years, most of which were spent teaching kindergarten.

Nancy was a faithful member of the Grace United Methodist Church, past member of Grace Choir, past chairperson of Promise Preschool and was on the Childcare board for many years. She enjoyed spending time with her family, teaching children and knitting. She will be fondly remembered for stamping homemade cards. She and her husband enjoyed traveling and had been to all the states except Hawaii. She will be sadly missed by her college “gang” who still get together monthly.

In addition to her husband, whom she married on December 22, 1961, she is survived by her daughter, Roberta “Bobbie” Stanton and wife Debi Stanford, of Warren; her son, Michael Stanton and wife Jennifer, of Pittsburgh PA; her grandchildren Jonathan McMillen, of Warren, Stephanie Ferrie and husband Jon, of Scandia, Charlie Stanton of Warren, Gabe Stanton of Pittsburg, and Jake Stanton, of Port Arthur, TX. She was the proud “Grandma the Great” to Haley, Madelyn and Loren Ferrie, of Scandia, and Landen Stanton, of Warren. She is also survived by brother Charles “Pete” Swanson and wife Debbie, of Ellington, NY, and several nieces and nephews.

In lieu of flowers, the family suggest donations be made to Grace Promise Preschool, Grace Choir Fund, or Hospice of Warren County, 1 Main Ave., Warren, PA 16365.

Burial will be at Thompson Hill Cemetery at the convenience of the family.

Those wishing to make online condolences may do so at petersonblickfuneral home.com.