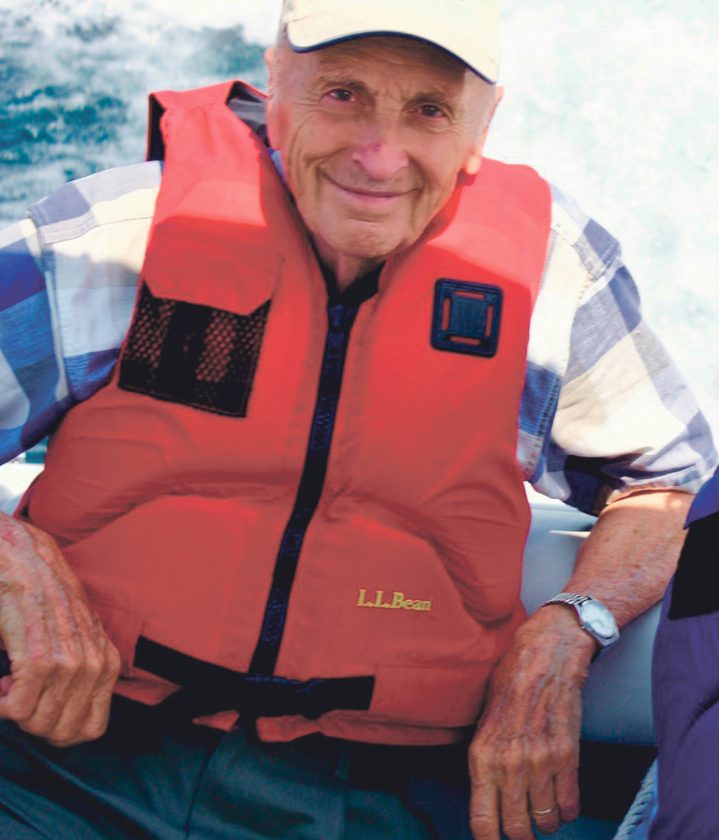 Donald E. Dorn of Youngsville Pa, formerly of Barnes, passed away in his sleep on Thursday, December 5th. Born July 6, 1927 in Albany, New York to Marian Sutliff Dorn and Edward John Dorn, Don attended his first eight years of school in a two room rural school house. He graduated from Castleton (NY) High School in 1943 while helping with the family farm and apple orchards. Don served as a Seaman First Class in the US Navy from 19451946, enlisting at the age of 17 after attending Champlain College in Plattsburg, NY. Although his father offered Don the chance to help run the family lumber yard, Dad’s passion was for forestry, and his sympathetic parents supported that choice.

In 1950, Don earned a Bachelor’s of Science in Forestry from the NY College of Forestry, Syracuse University. After graduation, Don appraised timber in NY State owned lands felled by the “Big Blow Down” in the AdirondackCatskill Forest Preserve. He was headquartered in Saranac Lake, where he met the love of his life, Brita Anne Smith. Don and Brita were married in the First Presbyterian Church in Buffalo, NY on April 18, 1952. Throughout their lives, Don and Brita shared their love of nature, hiking, canoeing, and birding, for which Don’s career locales provided many opportunities.

He and Brita moved to Richmond, Virginia, where he worked for the Virginia Forest Service. Later, they moved to Isabella Minnesota (and later Toftee) where they lived in a log cabin offered as part of the benefit of working with the US Forest Service and living on the ranger station in the Superior National Forest. The Forest Service transferred him to Harrisburg Illinois (the Shawnee National Forest), and then to St. Louis Missouri (the Clark National Forest). After working for nearly a decade, Don took an educational leave from the Forest Service and returned to Syracuse to earn a Master’s Degree in Forest Genetics in 1966. After a brief posting in Athens, Ohio, Don accepted a position as a forest geneticist for a fiftyyear tree improvement project for the White Mountain, Green Mountain, Monagahela, Wayne

Hoosier and Allegheny National Forests, for which he was stationed from Warren, PA.

After retirement, Don started a solarpowered electric fencing business, helping landowners protect their young tree stands from hungry deer. He and Brita also helped a project of the National Oceanic Atmospheric Agency in measuring precipitation and other particulates in a remote weather station on the Allegheny. He loved trains, big and small, and the Christmas season was special to him. (He helped select a White Spruce for the White House Christmas tree in 1973.) His favorite hardwood was Black Cherry (the primary focus of his applied genetics research), and his favorite conifer was White Pine. Don was known by his kindness, gentleness, humility and endearing smile. His Christian values infused his everyday actions.

In addition to his parents, Don was preceded in death by his beloved wife Brita.

The family wishes to thank the many people who have made a contribution to Don’s comfort and health, especially in the last several months. They are grateful for the staff and volunteers at Hospice of Warren County and at the Rouse Suites, and for their many friends who have visited and offered prayers.