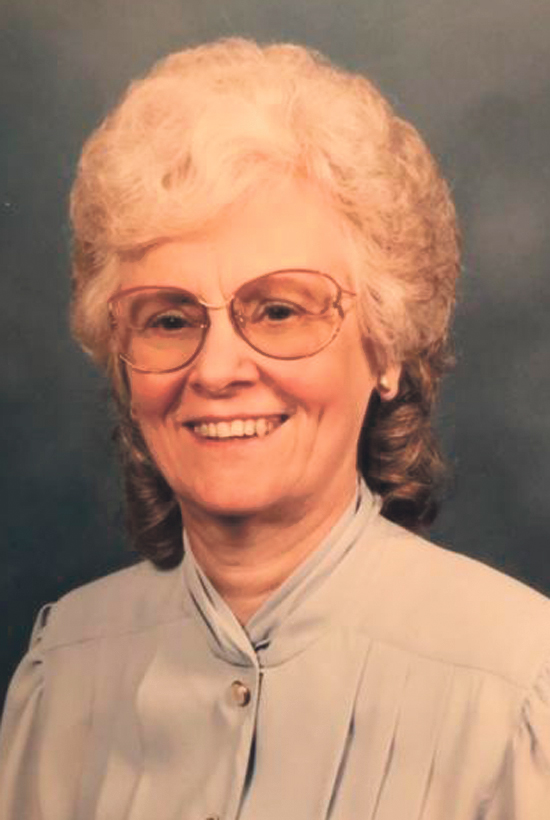 She was born September 20, 1935, in Warren, PA, a daughter to the late Herbert Johnson and Helen Anderson Johnson Martin. Aggie was a 1953 graduate of Youngsville High School. She was employed during her working years at National Forge, Irvine, PA and retired from National City Bank in Youngsville, PA where she was a teller.

One of Aggie’s favorite activities was volunteering with her husband John Polley at the Rouse Home and Suites, where they would play the piano and other musical instruments and conduct singalongs with the residents. Aggie continued to volunteer after John’s death in 2013.

In addition to her parents, she was preceded in death by her stepfather Ellis Martin, her first husband Harry Neizmik, her second husband John Polley, a brother Howard Johnson and a sister Jean Johnson Martin.

She is survived by her two children; Lori Neizmik Frauenknecht of Erie and Larry (Charlotte) Neizmik also of Erie. She was the grandmother to Lori’s son Patrick Frauenknecht of Erie. Also survived by her sisters Beatrice Swanson of Fullerton, CA and Nancy (Richard) Stockham of Surprise, AZ, and two halfbrothers William Martin of Youngsville, PA and Dale (Gloria) Martin of Warren PA.

Friends will be received on Sunday, December 1 from 36pm at the Nelson Funeral Home and Cremation Services, 314 North Main St. Youngsville, PA 16371. Friends are also invited for visitation on Monday, December 2 from 1011am at the Evangelical United Methodist Church, 18 2nd St. Youngsville, with a funeral service beginning at 11:00 am. The service will be conducted by the Rev Jeff Canter. A private burial will follow in the Youngsville Cemetery.

The family suggests memorial donations may be made to the Evangelical United Methodist Church, the Rouse Home, both in Youngsville, PA, or the Irvine Presbyterian Church in Irvine, PA.

Condolences to the family may be made at www.nelsonfuneralhome.net.