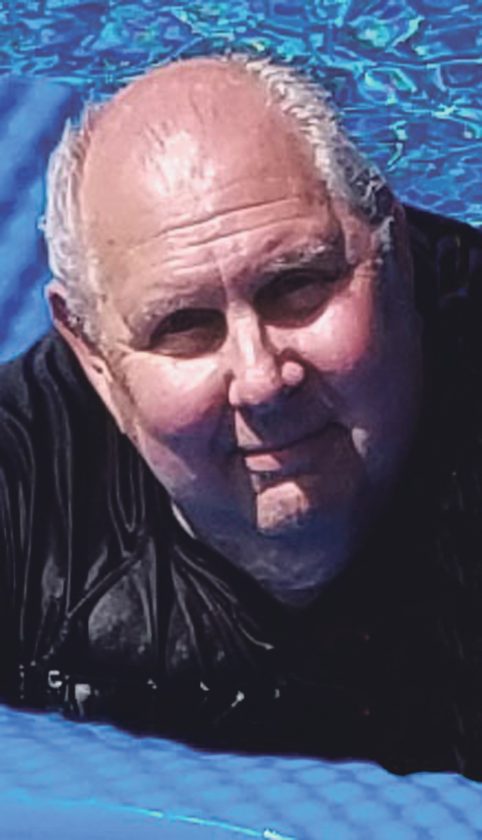 Gerald Edward Schwab of Lakewood, New York, passed peacefully at home with his wife and sister-in-law at his side, on October 6, 2019. He was born in Teaneck, New Jersey on April 5, 1950. Gerry was an excellent athlete, with offers from the Cubs and Phillies right out of high school. Instead, he chose a profession in financial services where he had a successful career in a senior leadership position until his health forced him to retire in 1997.

After his heart attack on April 13, 1984, he became an advocate for the American Heart Association, lobbying Congress for cardiovascular funding. Gerry had the pleasure of speaking with Senator Edward Kennedy over the years and when they met Senator Kennedy shook his hand and said: “Gerry, we made it another year.” He received national recognition in Washington DC when he was named the National Volunteer of the Year by the American Heart Association in 2011.

Gerry was a very educated cardiac patient, consulting with his doctors and surgeons to direct his care. During various procedures, Gerry often choose to remain awake to provide stepbystep directions (not that they needed it but they humored him nonetheless!) He used his knowledge and personal experience to start an ICD support group in NJ; was a member of Mended Hearts in NC; and often counseled patients and families experiencing cardiovascular events and procedures.

Gerry is preceded in death by his loving parents, Harold Stephen Schwab and Roseanne Schwab (nee DiParto). He is survived by his devoted wife, Heidi Schwab; his son Christopher James Schwab of Manahawkin, NJ; three grandsons Caden, Connor and Mitchell; his sister-in-law MaryAnn Rodriguez and niece Abigail Muth; two fur babies Gabriella and Lucas; his sister Merrilyn McCall of Mesa Arizona, and many much loved cousins and friends.

Gerry and Heidi met in Somerset, New Jersey in 1988 and were married on January 17, 1998. They conquered his health issues together, always viewing obstacles in the path not as obstacles, but AS the path.

Gerry was given the gift of life, and now he has to give it back. This is hard for those he leaves behind. But he was a lucky man, who led a lucky existence, and for this we are grateful. Gerry decided to be joyful about having had a full life, rather than sad about having to die. Amazingly, this outlook worked for him. He is now at peace and will be joyfully reunited with his parents on the other side.

The family would like to thank Gerry’s caregivers Lisa, Pam, Roxanne and Yvonne and the exceptional Hospice staff. It takes a special person to provide this type of care and these individuals are angels of mercy as evidenced by their compassion and care.

A Mass of Christian Burial will be celebrated at 10:00 am Thursday in St. James Catholic Church. The Rev. Darrell Duffy, pastor will be celebrant. Per Gerry’s request, visitation will not be observed.

You may leave words of condolence to Gerry’s family at www.lindfuneralhome.com.