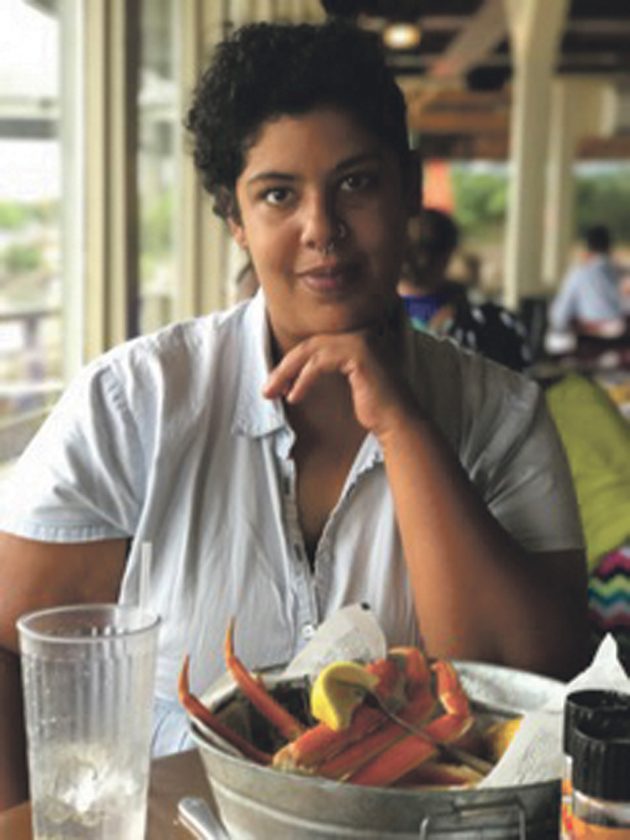 Challissah L’Ecole J. Mills, 26, of Florence, South Carolina, was tragically killed on October 9, 2017 in Dillon, SC, an innocent victim of a drunk driver.

She attended Saron Lutheran Church prior to moving to South Carolina. She had a special fondness for Pastor Nancy Keller and Ms. Klopp, her first grade teacher at YEMS, and Milton Gamble at South Florence HS. She was enrolled at Florence Darlington Technical College where she served as an education ambassador and was an active member of the Drama club at the time of her death.

She was an amazing daughter, devoted sister and a true and loyal friend. Her family was always her first priority. Challissah, along with her three sisters, “the Mills girls”, were inseparable and fiercely close from childhood. She was a role model to her little brother, who shared her love of video games, scary movies, and Pokemon. Challissah was fearless in everything she did. Whether it was fighting fires as a volunteer firefighter, making peanut butter blossoms for her friends, or rocking out in her bedroom with her little sister, she did it to the fullest extent. From the time she was a child, she loved to cook and bake with her Grandmother, who inspired her love of baking and sharing sweets with those she loved.

Challissah had a dark and daring sense of humor. She was sarcastic, witty and naturally charming. No matter what she did, she wanted everyone to be comfortable around her. Oftentimes, she would give her last or take the least desirable option to ensure everyone’s comfort.

Challissah cared for all things living, from animals to the elderly. As a young child she volunteered at Central Care Center, later earning her CNA from the Rouse Home. As a universal donor she gave blood frequently as she knew the impact. She spent the last few months of her life tirelessly caring for her ill mother. She was the proud parent of four cats, who she loved as if they were her children, even taking on a second job just to feed and care for them.

At the time of her death, she was a Shift Leader at Food Lion, where she was recognized and loved by customers, coworkers, and members of the community.

Challissah loved Halloween, Doctor Who, Harry Potter, and anime’. Her love for the unusual began at an early age when she and her cousin Jake spent hours making potions on her grandmother’s deck. She played soccer, basketball, and loved to swim and rollerblade as well as painting, writing, reading, music, and her friends. She had the kind of creativity that is not seen very often, and a spirit of individuality that could be felt just from being in the same room with her.

She took the time to enjoy the mundane and little things in life. She noticed the things and people that most would have overlooked. She befriended many peers who were overlooked, teased, or otherwise forgotten members of society. She made sure that no matter what, no one or thing was without love. She was a willing support system to anyone who asked and was the person that many friends and family sought out for advice.

Although her time in the world was brief, her impact was immense. She is deeply missed by her Mother, Lisa M. Hagberg; Her grandmother Marjean Hawkins; her siblings, Brittanie Tyson, Shannelle Mills, Tianna Mills, and Joshua Daniels, her niece Noah, and many other close friends and family in the many places she called home.

Her family continues to work tirelessly as advocates of strengthening laws in order to prevent any other family from enduring a similar tragedy. They wish to remind everyone of the human cost of drinking and driving and ask people to make a good choice.

Services were held in Florence, SC at the time of her death. A private service is being planned at the convenience of family in Warren at a later date.