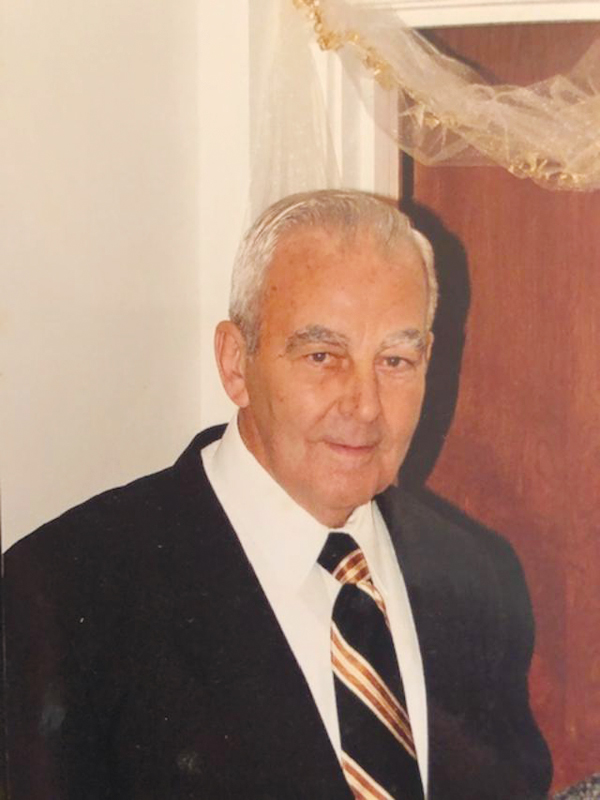 Ronald “Ron” B. Hendrickson, 87, passed away on September 11, 2019, at the John and Orpha Hospice House of Warren County, after a lengthy stay in the UPMC McKeesport Hospital.

Ron was born on February 27, 1932, in a house on Bates Street, Youngsville, to the late M.H. and Myra Hendrickson.

Ron attended Youngsville High School, and his Class of 1950 was responsible for starting the Youngsville Alumni Scholarship Fund. He served in the US Army from 19511953 stateside during the Korean War. Ron was employed at the National Forge in Irvine for over 25 years where he finished as a metallurgist in the Melt House. He worked in a local furniture factory, drove truck for his brother’s (Clair) business delivering hospital furniture, sold modular and mobile homes, and was a salesman for World Book. In addition, he built all three homes that he lived in with wife and children. He also built another 25 homes in Warren County and was known for his meticulous work.

He married Dolores J. (Kofod) on November 10, 1956 at the North Warren Presbyterian Church and celebrated 54 years of marriage prior to his wife’s passing on August 10, 2011. He was also preceded in death by brother;, Wendell, Eldon, and Clair Hendrickson and two sisters; Esther Maze and Grace Danielson.

During his life, Ron was an avid fisherman, hunter, woodworker, gardener, and follower of the Pittsburgh Pirates. He loved music especially quartets and other harmonizing groups. In his early years he sang with the Warren Barber Shoppers. He attended the Evangelical United Methodist Church and was a member of the American Legion where he enjoyed Veteran luncheons. The Warren County Fair was always a part of his life while attending with his wife and family. Ron loved cutting firewood and probably had the “neatest stack of wood in Warren County.” He was also affectionately known as “Captain Ron” among the Bower’s Sport and Barber Shop gang in Youngsville.

Friends and family may call on Sunday, September 15th at the Nelson Funeral Home & Cremation Services in Youngsville from 47pm and also for an hour before an 11am funeral that will be held on Monday at the Evangelical United Methodist Church, with the Rev. Jeff Canter, pastor, and the Rev. Marcus Briggs, coofficiating. Members of the Youngsville American Legion Honor Guard will provide full military honors at the Church. Burial will be in the Youngsville Cemetery.

In lieu of flowers, the family suggests memorial donations may be made to the Youngsville High School Scholarship Fund, PO Box 73 Youngsville, PA 16371 or to the EUM Church, 18 2nd Street in Youngsville. Condolences to the family may be made at www.nelsonfuneralhome.net.