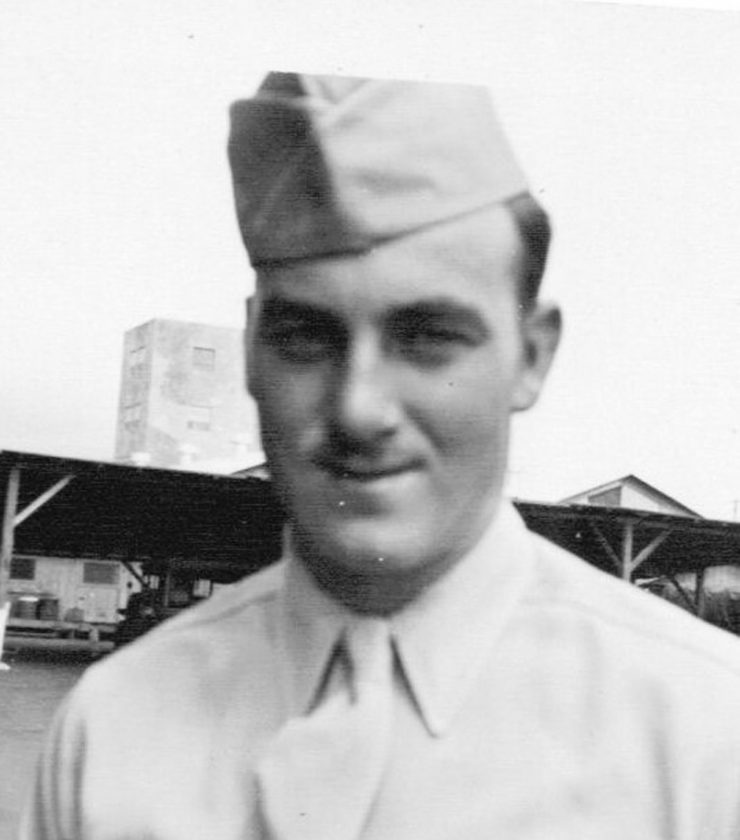 Paul Richard Dickerson, 93, formerly of Warren, passed away on Friday morning, August 30, 2019 at the Rouse Home in Youngsville following an extended illness.

Born at home in Rogertown on July 10, 1926, Paul was the fifth child of Raymond I. and Lorena Schumann Dickerson. By July 1938, five additional children would complete their family.

Paul attended Lacy, Beaty, and Warren High School graduating ahead of his class in January 1945. As a teen he played football for Warren High, worked parttime at

Carlson’s Service Station, and painted houses with his father and older brothers. He enjoyed growing up in “Glade Run” and the lifelong friends he made there.

He entered the U.S. Army in March 1945 and was honorably discharged in November 1946 as a sergeant with the 15th Quartermaster Truck Company in Honolulu, Hawaii. He received the Good Conduct Medal, the Asiatic Pacific Theater Ribbon, a Meritorious Unit Award, and the World War II Victory Ribbon.

Following his military service, Paul returned to Warren and worked as a house painter for his father. He played semipro football for the Warren Red Jackets in the late 1940’s.

On May 27, 1950, he married Betty Elaine Burke at the Emanuel United Church of Christ in Warren, PA. Together they raised five children and celebrated 68 years of marriage until her death on August 16, 2018. Paul worked as a millwright for Sylvania Electric for over 35 years retiring in May 1987.

He enjoyed the outdoors; hunting and fishing with his father, brothers, and sons. He taught his children the craft of wreath making which they carry on to this day. Paul was an excellent handyman, carpenter, and painter; and worked tirelessly to fashion a home for his family on Hinkle Street between 1954 and 1997. He later helped to guide projects in his children’s homes and following his sister’s death in 1985, remodeled the family homestead on Swiss Street.

Paul loved hiking and picnics with his family and reunions at Chapman State Park. He enjoyed going to the Whiteway Drivein Theater with Pepsi and ice in a bucket he used as a cooler. He liked pizza from V&J and 15 cent burgers from McDonald’s after shopping at the “junk” stores in Jamestown, NY. He was very proud of his children’s and grandchildren’s achievements.

He was especially pleased to share his name with his nephews, Donald Paul Lampley and Paul Hollowell Dickerson; his grandson, Aaron Paul Dickerson; and his greatgrandsons, Noah Paul Stokes and Willem Paul Rodgers.

In addition to his wife and parents, he is preceded in death by his soninlaw, John H. Hutchinson, Jr. and his seven siblings, including Raymond “Chubby” Dickerson,

Services will be private and at the convenience of the family. Interment will follow at Warren County Memorial Park, Starbrick.

The Peterson-Blick Funeral Home has been entrusted with arrangements.

Memorial donations if desired may be made to Shriners Hospitals for Children, 1645 W. 8th St., Erie, PA 16505 or to a charity of choice.

Those wishing to make online condolences may do so by visiting www.petersonblickfuneral home.com.