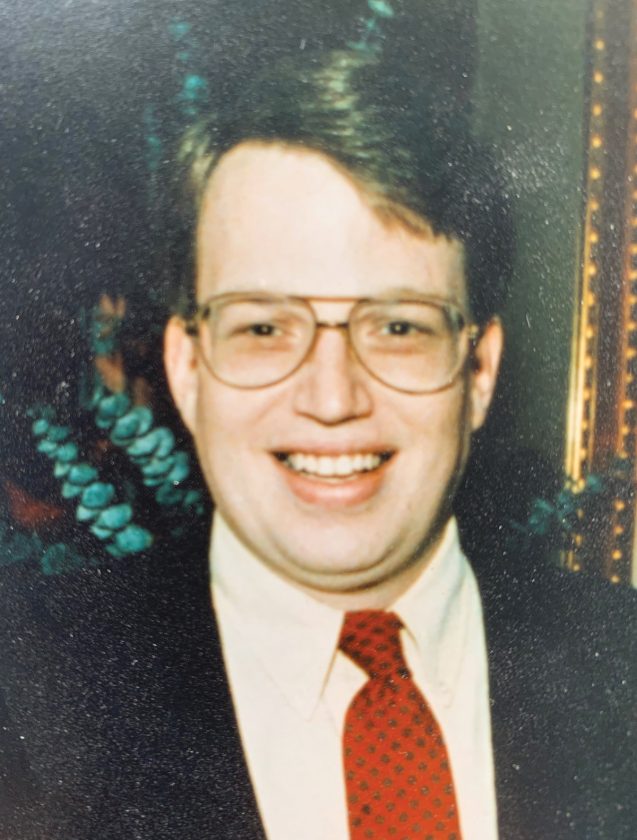 David Collins LeMeur, 57, of Huntersville, NC, and formerly of Warren, PA, passed away peacefully in his sleep from heart failure on Monday, July 29, 2019, at his residence. Born on August 10, 1961 in Warren, PA, he was the son of the late Henri LeMeur, Sr. and Patricia McGrath LeMeur. Formerly of Warren, PA, David had lived in Huntersville for the past 11 years where he was owner of Happy Paws Daycare and Kennel and was a member of St. Mark Catholic Church. David had also lived in West Palm Beach, FL, and Ashville, NC. David will be fondly remembered for his laugh and amusement at the politically absurd. David graduated from Warren Area High School and attended Boston University. After working for Superior Tire & Rubber Corp in sales for several years David graduated from the Culinary Institute of America in Hyde Park, NY. David worked as a professional chef for many years in several restaurants. He adopted several miniature Schnauzers from rescue organizations all of which he named after famous French chefs – Bocuse, Boulud, Point, & Escoffier. In 2008 David founded Happy Paws Daycare and Kennel. David was active in Alcoholics Anonymous and proud of his 25 years of sobriety.

Friends will be received on Friday, August 23, 2019, at St. Joseph R.C. Church, 600 Pennsylvania Avenue West, Warren, PA, from 10:00 a.m. until 11:00 a.m. at which time a Memorial Mass will be conducted by Fr. Richard Tomasone, Pastor, officiating. Interment will be in Oakland Cemetery.

Those wishing to place memorials may do so to Schnauzer Rescue at donate.rescueme.org, or to Alcoholics Anonymous at 306 East St., Warren, PA, 16365. Arrangements have been entrusted to the Donald E. Lewis Funeral Home, Inc., Warren, PA. Email condolences may be sent by visiting lewisfuneralhomeinc.com