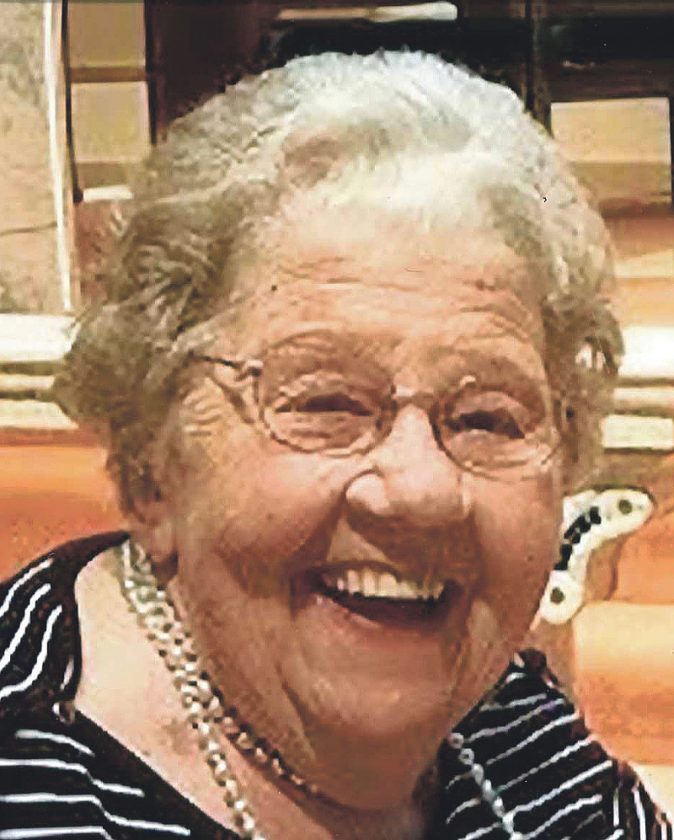 Rose was the daughter of Gifford and Maude Murry Quiggle. She grew up in Kinzua, PA., before moving to Monroe Street, Warren, PA., when Kinzua Dam was being built. She was a 1955 graduate of Warren Area High School. Rose was a bank teller with First National Bank for many years until she began her career with the Warren County School District retiring in the late 1990s. Rose was a member of Trinity Memorial Episcopal Church. She lived in Starbrick for over 50 years, relocated to Canterbury Apartments until she became a resident at Warren Manor. While living in Starbrick, Kevin and Robin Sellinger were the best neighbor’s helping Rose time and time again. Before her health wouldn’t allow her to, Rose was active in the Starbrick Volunteer Fire Department Ladies Auxiliary, she loved to frequent the casino, eating out at Peppermill and Bob Evans Restaurants. She also had a sweet tooth which was evident by her candy stash. She especially loved spending time with her grandchildren. Family was very important to Rose. She spent her life devoted to her son and was very proud of his accomplishments. She was smitten with her granddaughters, she attended every ball game and dance recital. She called daily to check-in. Rose was lovingly called Grammy by her granddaughters.

In addition to her parents, she was preceded in death by her husband, Edward F. Barney, her son, Edward Barney, 1 Sister – Helen V. Quiggle Kroemer, Sisterinlaw, Sharon Quiggle and Brotherinlaw, Gene Ely.

Friends may call at the Donald E. Lewis Funeral Home, Inc., 304 East Street, Warren, PA., on Wednesday, July 24, 2019, from 6 to 8 P.M. A funeral and committal service will be conducted there Thursday, July 25, 2019 at 11:00 A.M. by a clergyman from Trinity Memorial Episcopal Church, officiating. Interment will be in

Warren County Memorial Park. Those wishing to place memorials may do so through ALS TDI, 300 Technical Square, Suite 400, Cambridge, MA 02139 or www.als.net, in memory of Edward R. Barneyfind a cure to ALS, or Starbrick Firehall, 5 Fireman Street, Warren, PA. 16365. Email condolences may be sent by visiting www.lewisfuneralhomeinc.com.