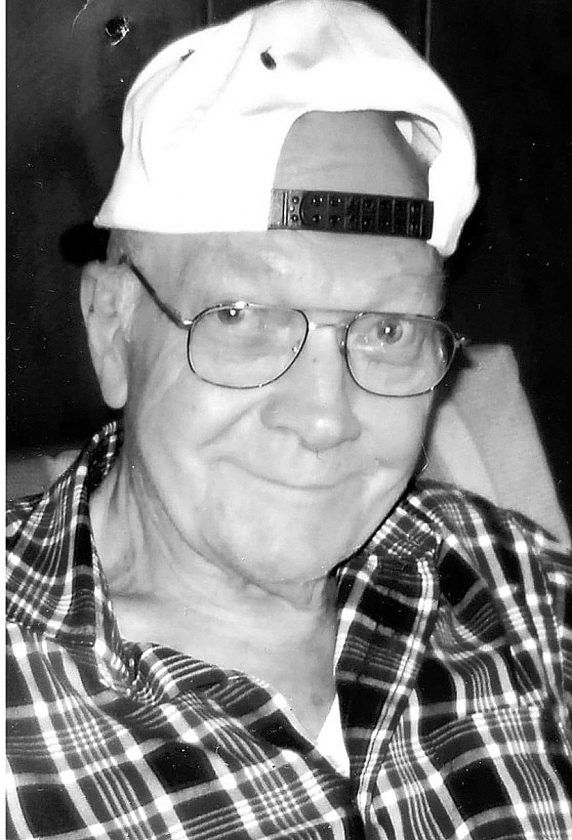 Jerry was born June 5th, 1928, the son of the late Eric and Anna Gantz Nelson. He was a 1946 graduate of Warren Area High School. Jerry spent a lot of his youth on the river, where he learned to fish. Hunting and trapping played a big part in his earlier years and continued to be so. He served in the United States Air Force during the Korean War. After returning, he married the love of his life, Raya Maxine Still. Once a civilian, he worked at Shaffer Electric, Bob Holme’s Garage, Warren Car, and retired as a mechanic from the National Forge after 35 years of service.

He shared his love of outdoors with his immediate and extended family with Sunday afternoon trips: sled riding, hiking, or having picnics. He also took yearly camping trips. His motto at these times was “leave it better than you found it.” He had an uncanny ability to fix almost anything; evident by some of the vehicles and motorcycles that were kept in his garage. He was an avid bowler and golfer. He enjoyed gardening and canning the fruits of his labor; keeping all involved. He was a lover of music and dance. He always had his feet tapping, his hands clapping, and a whistle on his lips.

He was a member of First Lutheran Church where he was proud to volunteer as a ground’s keeper for many years; the American Legion, the Moose Lodge, and the Kalbfus Rod and Gun Club.

He is survived by his children: Susan and husband Joel Johnson; Lori and husband Jim Nowacki; John and wife Janet of Ridgecrest, CA; Jim and wife Anne of Pittsburgh. He was blessed with 12 grand and 7 great grandchildren.

Jerry is preceded in death by his wife of 60 years, Raya; and his sisters Dorothy Gregersen, Carol Decker, and Sally Kittner.

A private viewing for family will be held on Friday at the Peterson-Blick Funeral Home, 1003. Penna. Ave. Warren, PA 16365followed by a celebration of life at the convenience of family.

In lieu of flowers, memorials are suggested for the Alzheimer’s Foundation, First Lutheran Church, or Hospice of Warren.