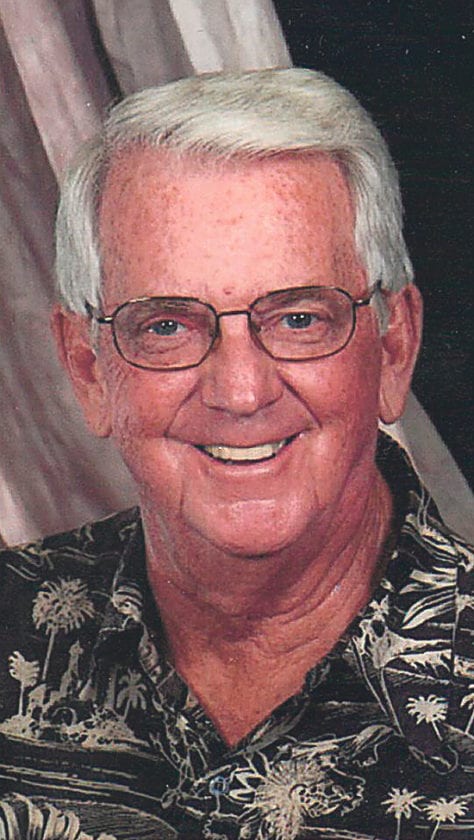 Gail T. Nelson of Sun City, AZ 85373, died October 22, 2018. He was born December 7, 1929, in Warren, PA to Harold T. and Nancy Swanson Nelson. He is survived by his wife of 67 years, Joyce Dalrymple Nelson and son Timothy Nelson (Mary), Phoenix, AZ, granddaughter Cheryl Nelson Newman (Chris), Phoenix, AZ and grandson Brian T. Nelson of Denver, CO., a special niece Debra Dalrymple Grubbs of Sheffield, PA and many other nieces and nephews. Gail was preceded in death by his daughter, Cheryl Nelson Fitzgerald and his brother Dean Nelson. Gail graduated in 1949 and was the first 4-year letterman to ever play basketball for Warren High School. His love for basketball continued and he was the first noneducator of Warren High to be asked to coach for the Warren High Dragons JV team from 1980 until 1992. He was an avid golfer and enjoyed that too during retirement. Gail served in the Korean War from 1951 to 1953. After retiring from Rexnord after 37 years they decided to move to Arizona to be near family. He also enjoyed 18 years of volunteering at Banner Boswell Hospital. He was a member of Grace United Methodist Church in Warren and sang in the choir for many years. After moving to Arizona he was a member of Spirit of Hope United Methodist Church. Inurnment will be at Warren County Memorial Park. There will be a Celebration of Life at Spirit of Hope United Methodist Church, 14403 N. 75thAve., Peoria, AZ on Saturday, November 3rdat 11:00 am.