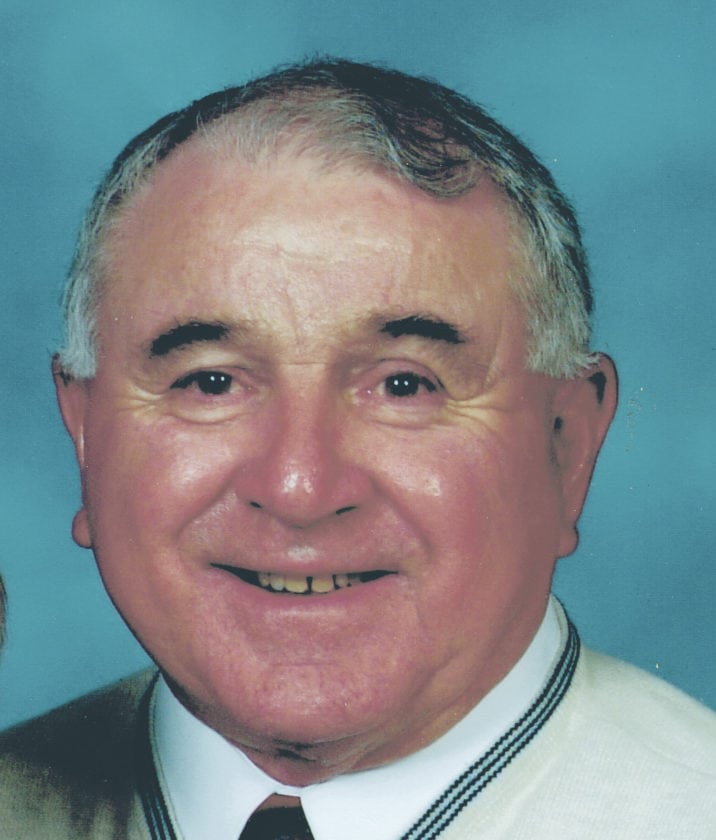 Daniel T. Midlik, 88, of Warren, PA., died peacefully Wednesday morning, July 4, 2018, at Warren Manor Nursing Home. He was born May 25, 1930, to the late Joseph and Julia Rabatin Midlik. Dan was a Warren area resident since 1983 moving there from West Lake, Ohio. He was a 1948 graduate of James Ford Rhodes High School. He had served with the U.S. Army during the Korean War as a Corporal and worked with the Army Corp of Engineers operating a Bucyrus Shovel. Dan was a partner and created the former Chemco Company which created Bondo for auto repairs which were sold to every Chevrolet Dealership in Cleveland, Ohio. He worked there for 25 years, never missing a day’s work. He was a heavy equipment operator when Cape Canaveral was built. He was also a bricklayer building numerous buildings and built the Cleveland Convention Center, working in the Cleveland, Ohio, and Maryland areas. After his retirement, he started Midlik Blueberries in Cherry Grove, Pa., growing blueberry bushes from cuttings of plants he grew in Ohio. They are still known to be the best blueberries around. He was a member of Holy Redeemer Church and St. Joseph Church of Warren, Pa., and former member of St. Bernadette Church in West Lake, Ohio. He was an avid hunter and fisherman.

Dan is survived by his wife of 57 years, Joan Luther Midlik whom he married November 26, 1960, at St. Philomena Church of East Cleveland, Ohio, 4 Children – Daniel T. Midlik, Jr. and wife, Sabrina of Pleasantville, PA., Mark A. Midlik of Warren, PA.,

Friends may call at Holy Redeemer R.C. Church gathering space, 11 Russell Street, Warren, PA., on Saturday, July 7, 2018 from 9:30 A.M. until 11:00 A.M. The parish rosary will be recited at 9:45 A.M. A Mass of Christian Burial will be conducted at 11:00 A.M. by Fr. James Gutting, Pastor, officiating, assisted by Deacon Joseph Lucia. Full military honors will be conducted after Mass by members of the Sheffield/Clarendon V.F.W. Honor Guard and the U.S. Army Funeral Detail. Interment will be in Cherry Grove Cemetery. Those wishing to place memorials may do so through Holy Redeemer Church Building Center Fund. Email condolences may be sent by visiting www.lewis funeralhomeinc.com The Donald E. Lewis Funeral Home, Inc. has been entrusted with funeral arrangements.