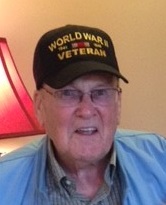 He was a member of the North Warren Presbyterian Church. After graduating from Warren High School he joined the Army. He served in both the European and Pacific Theatres during WWII and took part in both the Battle of the Bulge and the Occupation of Japan. Upon leaving the Army in 1946, he held several positions until 1953, when he began working for Sylvania as a Plastics Engineer. He retired in 1982 as the Manager of the Sylvania / General Tel and Tel Plastics Laboratory. During his 30 year career with Sylvania he was credited with 6 patents and was widely recognized as a subject matter expert in plastics injection molding. Following his retirement in 1982 and until 2012 (age 90), he was the owner of Lincoln Sign, Plaque and Engraving Company. Mr. Lincoln was a selfmade man, entrepreneur, and truly a member of the America’s “Greatest Generation” he served his country honorably, raised a family, became a respected engineer, built multiple pleasure boats, and learned to fly planes.

Friends will be received at the Peterson-Blick Funeral Home, Inc. 1003 Penn. Ave. E., Warren, on Wednesday, June 28, for one hour prior to a service to be held there at 11 a.m., with Rev. Marcus Briggs, chaplain, Rouse Home and Warren General Hospital, officiating. Burial will follow at Warren County Memorial Park, with military honors provided by members of the Youngsville American Legion Honor Guard.

In lieu of flowers, those wishing to make a memorial contribution should consider the Wounded Warrior Project, PO Box 758517, Topeka, KS 66675; or the Disabled American Veterans, PO Box 14301, Cincinnati, OH 45250.