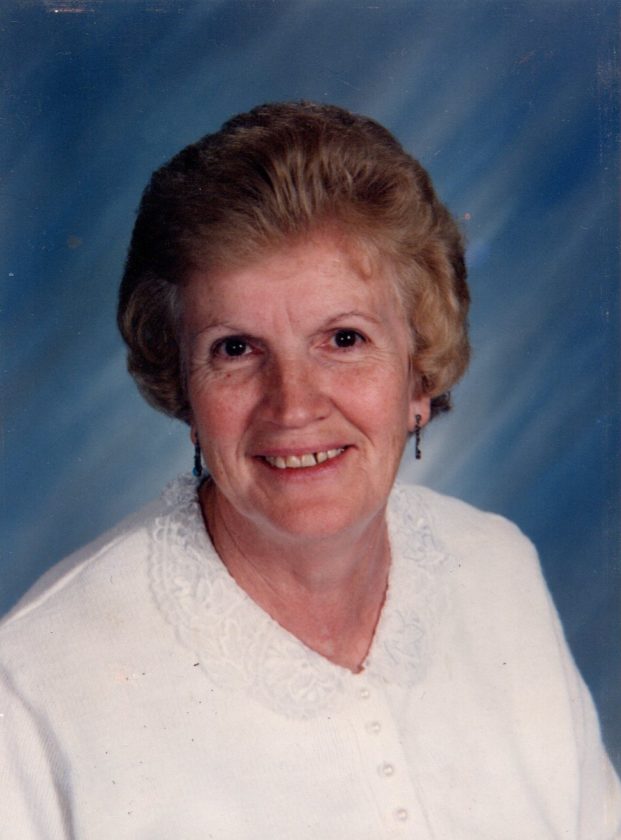 Carolyn Mae (Webster) Cordes, of Russell, PA, passed away peacefully in her sleep after a longtime battle with cancer and other ailments on Tuesday, June 20, 2017, in the home of her beloved daughter, Lynda Wiles, in Rosenberg, TX. She was 81.

Carolyn was born Nov. 21, 1935, and grew up in Russell, PA. She attended Warren High School and then worked at the New Process Co. in Warren before moving to New York City to work. There she met George Cordes, who was employed at Capitol Airlines. George and Carolyn were married in 1958 and moved to Elmira, NY, before starting a family. When George began working for Allegheny Airlines (later US Air), he was transferred to various stations over the next 30 years. After living in Erie, PA, for two years, the Cordes family lived in Centereach, NY, for 10 years, Groton and Mystic, CT, for three years, and Essex Junction, VT, for six years. During that time, while raising her family, Carolyn was also a working mother, with jobs at the MacArthur Airport restaurant in Islip, NY, as a Fashion TwoTwenty representative, at the Daisy Bake Shop in Essex Junction, and for Hilson Home Center in South Burlington, VT, where she was manager of the home and bath department.

Carolyn, George, and their younger three children then moved to the Phoenix, AZ, area, where they lived in Tempe, Mesa, and then Phoenix. Carolyn worked several years as a teller with First Interstate Bank, as well as getting her license to sell real estate and as a travel agent. In the 1990s, George and Carolyn moved back east to Indianapolis, IN, and, after George retired, to a home adjacent to Carolyn’s childhood home in Russell, where she lived out the remainder of her life near family and friends. She also returned to Warren High School and worked for several years as an aide with special-needs students.

Carolyn learned to play piano as a child and enjoyed playing both sacred and secular pieces, especially music from Broadway musicals and Sousa’s “Washington Post March.” She also loved to sing, and her beautiful alto voice was heard in the Russell United Methodist Church choir, as well as in trios with her sister Evelyn and her father. Carolyn enjoyed golf, bowling, reading, cooking and canning, and travel. She also enjoyed playing cards and doing puzzles. She especially loved crossword puzzles and was always in the middle of one when anyone came to visit.

Carolyn was an incredible parent, grandparent, and great-grandparent, always supportive of the activities of all her children and grandchildren and often traveling to attend performances and special events or just to visit her far-flung family. Her warm personality, wry humor, and positive attitude never failed her, even in the darkest times of her recurring illness, and were a constant source of strength and joy to those around her.

Friends will be received at the Russell United Methodist Church, 17 N. Main Street, Russell, PA, on Friday, June 30, from noon to 1 p.m., at which time a memorial service will be held there with Rev. Jerome Kennedy, pastor, officiating. Burial will be in Pine Grove Cemetery, Russell, PA.