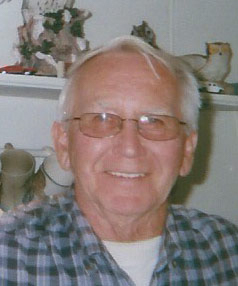 In his youth Leroy worked at Bob Holmes Gulf Gas Station, and graduated Warren High School in 1953. He served in the National Guard from 1954 to 1957; and worked as a Maintenance Machinist at GTE Sylvania from which he retired after 38 years. Leroy was a former member of the First Church of God and the First Church of the Nazarene.

A very talented mechanic, Leroy could fix anything. For twenty two years, he and his wife enjoyed wintering in Silver Springs, FL.

Friends will be received at the Peterson Blick Funeral Home, Inc, 1003 Penn Ave., E., Warren, PA, on Monday, May 15, from 5 to 7 p.m., at which time a memorial service will be held there with Rev. J. Maier, pastor, First Church of the Nazarene, officiating.

In lieu of flowers, those wishing to make a memorial contribution should consider Paws Along the River, 212 Elm Street, Warren, PA 16365, or Warren Public Library, 207 Market Street, Warren, PA, or a charity of choice.