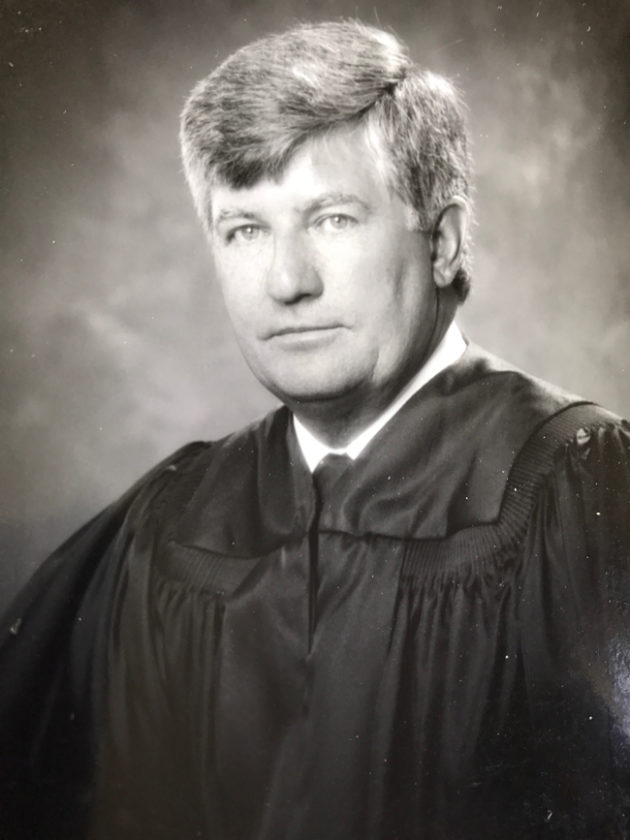 Judy Charles Lobdell, 74, of Warren, NJ, and a longtime resident of Warren County, PA passed away after a brief illness on April 7, 2017 in Morristown, New Jersey

Judy was born December 8, 1942 in Warren, PA to Benny and Eloise Lobdell on He graduated from Warren High School in 1960. He married Ruthann Schick Lobdell on April 25, 1964 in Warren, PA. He held various positions both entrepreneurial as well as corporate in Warren County. He was appointed District Court Justice in 1974 and finished 20 years of service in 1994. He was a US Army Tank Commander stationed in Germany from 1960 – 1963. He was a member of the Warren Masons as well as the Warren Elks Club. He was an avid golfer and a former member of the Conewango Valley Country Club. He was a member of the Orange Blossom Hills Golf Club and a former Club Champion. His passion was his grandchildren whom he adored and loved to watch play softball, volleyball, soccer and baseball. He shared his life (and his chair) with several Yorkshire Terriers over the years as he enjoyed their company.

Judy is preceded in death by his parents Benny and Eloise Lobdell, a brother James Lobdell and his sister Sandy Lobdell Brian. He leaves behind his devoted wife Ruthann Shick Lobdell, a son Jody Charles Lobdell and his wife Patricia Lobdell of Warren, as well as a daughter Julie Lobdell Johnson and husband Eric Johnson of Frenchtown, New Jersey. He is also survived by brothers Jack Lobdell and wife Cindy of Russell, Tom Lobdell and wife Jeanne of Clarendon, and Craig (Joby) Wolfe and wife Karen of Warren, PA, brother in law, Birdie Brian and sister in law Carolyn Shreve and husband Wayne as well as his loving grandchildren Rachael Lobdell, Kathryn Lobdell, Julia Lobdell, Blair Johnson, Jonah Johnson and Olivia Johnson and several nieces and nephews

The family asks that in lieu of flowers, memorials may be given to the Warren County Human Society or Hospice.

A memorial service and celebration of life will be held at 11:00 AM on Friday, April 14, 2017 at Pleasant Community Church 673, Pleasant Drive, Warren PA.