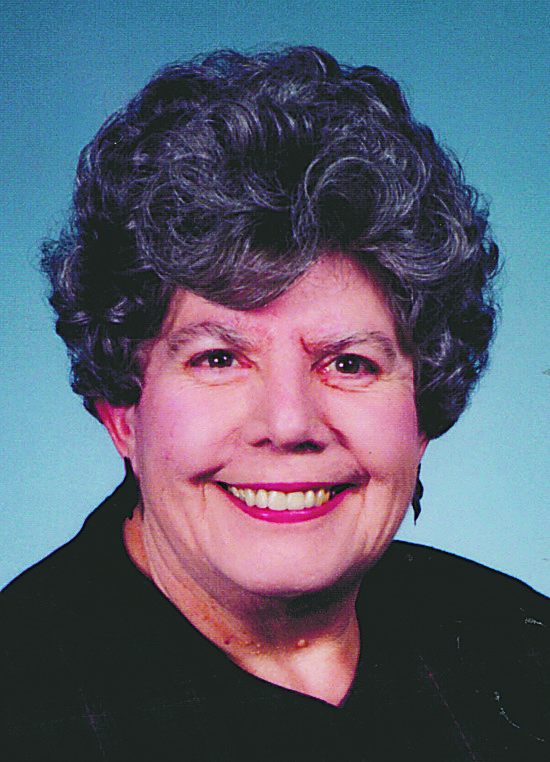 She was born June 9, 1930 in Warren, Pennsylvania, the oldest child of the late August and Martha (Reilley) Bova. She attended Saint Joseph’s School and later graduated from Warren High School, class of 1947. Upon graduation from Warren High School, she was employed as a bookkeeper at New Process Company for 10 years. During this period of time, Barbara could often be found roller skating with friends at the Russell Roller Rink. She was also an active member of Saint Josephs Roman Catholic Church.

In 1957, she left Warren, PA for Ypsilanti, Michigan, to attend Eastern Michigan University. She graduated with honors in 1961 with a degree in special education.

For the next 30 years, she taught physically handicapped and otherwise impaired, special needs children. She was respected and wellloved by the students and families she served.

Barbara was an avid reader, going through as many as 8 to 10 books a week. She enjoyed crocheting, knitting and quilting. She made special baby blankets or quilts as gifts for each of her nieces, nephews, and greatnieces and greatnephews. She enjoyed stamping and card making, sending many lovely creations to family and friends. She especially enjoyed watching her favorite television game show, Jeopardy, which she never missed.   She actively followed and loved watching major league baseball, her favorite teams being the Detroit Tigers and the Pittsburgh Pirates. She had a very special relationship with her daughters 17yearold cat, Seven, who rarely ever left her lap.

Barbara is survived by her daughter, Lisa A. Kerr and companion, James E. King, of Clarendon, PA , and formerly of Tecumseh, Michigan. She is also survived by her sister, Sally I. (Bova) Marino and husband, Anthony C. Marino, of Warren, PA., a sisterinlaw, Helen M. (Poulson) Bova of North Warren, PA and many nieces, nephews, greatnieces, greatnephews, and greatgrandnieces and a greatgrandnephew.

A Mass of Christian Burial will be conducted Saturday, November 5, 2016 at 11 AM, at St. Joseph’s Roman Catholic Church, 600 Pennsylvania Ave. W., Warren, PA 16365, Father  Richard J. Toohey, pastor, officiating. Interment will be at St. Joseph’s Cemetery at the convenience of the family.

Those wishing to make a donation in Barbara’s memory may do so to the Warren Public Library, 205 Market Street, Warren, PA. 16365 or to a charity of choice. Email condolences may be sent by visiting lewisfuneralhomeinc.com.