‘Terrible’ road slated for rebuild to get temporary cover 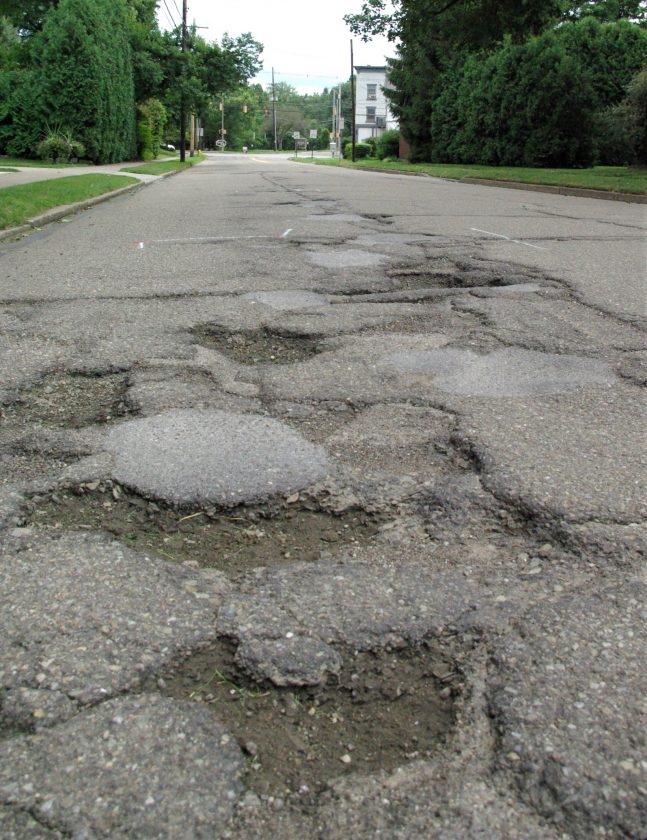 Times Observer photo by Brian Ferry East Fifth Avenue near Brook Street in Warren is in bad shape. A temporary project is set to begin next week while a full mill and pave job is on the way in 2021.

There is a road in bad condition in the City of Warren. Motorists are complaining. City officials are aware and are moving forward with a temporary fix.

East Fifth Avenue has been on the radar for two years.

“The road is terrible,” Department of Public Works Superintendent Joe Reinke said. “We apologize for the folks that have to use that road daily. We know it’s in bad shape.”

“There is a good reason why we haven’t put it on our paving list,” Reinke said. “We’re getting funding from the Federal Highway Administration. They are going to cover 100 percent of the cost to redo the entire road from Conewango to the road to the high school.”

Because of its location, the project has to be done between the end of one school year and the beginning of the next.

“Had we known this project was going to be pushed back to spring of 2021, we probably would have done a more permanent fix last year,” Reinke said. IA Construction has won the bid and “we’re hoping that this work is going to be done June of 2021.”

“It’s hard for us to want to put any money into it when the entire roadway is going to be milled and paved next year,” he said.

But, the road is in a bad enough state that the city is taking an interim step.

“We’re going to do something that we would never do for a permanent fix,” Reinke said. “To fix it up for the rest of this year, we are having Huber Blacktop go in and do a 1-inch overlay in the worst areas.”

The work is expected to provide some relief in the short-run to help get the road through the next year, but is not intended to be a lasting measure and should not be considered a reflection on Huber, Reinke said.

“He’s hopefully going to be getting in there next week,” he said. “There could be some minor road closures toward the end of next week.”