A Spring Creek man is headed to state prison on involuntary manslaughter and DUI charges for his role in the September 2018 ATV crash that claimed the life of a 19-year-old Titusville woman.

He pled no contest last month to involuntary manslaughter, DUI: High rate of alcohol — third offense, failure to operate in a safe manner, reckless driving and operating a snow mobile/atv on streets and highways.

Doerfer’s attorney, Rob Kinnear, said at the time of the plea that his client wished to plead no contest because he “has no recollection” of the incident due to injuries he sustained in the accident.

According to Pennsylvania State Police, Doerfer was the driver of an ATV on Old Route 77 east of Picadilly Hill Road at about 3 a.m. Sunday, Sept. 16, 2018.

Hannah A. Wright, 19, of Titusville, was a passenger on the ATV, according to police, when it struck a deer and then a parked truck.

Wright was pronounced dead at the scene, according to police. Doerfer was taken to Corry Memorial Hospital for treatment of serious injuries.

Kinnear said on Friday that this case is “obviously a travesty” but said that his client has been out for a year and a half with no violations and has completed outpatient drug and alcohol treatment.

Kinnear said his client, who is employed, expressed remorse to him and said Doerfer wants to reach out to the Wright family but has not on Kinnear’s recommendation.

His aunt spoke on his behalf and said it “took him a while to come to terms” with what happened. “(Our) whole family is remorseful

Her sister wrote that the victim “always put someone else first” while her brother said that her passing was the worst thing that has happened in his life. “Having Hannah as a sister was a real blessing,” he wrote.

Her grandmother asked Hammond to “put thought” into the sentence so Doerfer could not do this to another family in the future.

“The emotional impact is the hardest to go through,” her mother wrote, detailing the impact on her and her family from this “senseless act” while her father said he “cannot put into words” the heartbreak. “Hannah would want us to be strong and happy…. I pray justice for Hannah is served.”

Assistant District Attorney Tatiana Malys indicated the ATV was traveling at approximately 40 miles an hour when the accident occurred.

Noting that this was Doerfer’s third DUI, Malys said “the defendant knew better” and “knew what it meant to drink and drive.” She asked for an aggravated sentence because Doerfer “took a life that day.”

Doerfer indicated that the incident was “exactly what it was, an accident.

“I know it’s wrong to drink and drive,” he said, telling the court he has “corrected my action” and won’t be before the court again.

Hammond said he has been sentencing defendants for 10 years and has “never been this moved” as he was reading the letters from the victim’s family, which he called an “unforgettable tribute” to the victim.

“That impact is devastating and is permanent,” he said, calling it “every parents living nightmare that they can never wake up from.”

He said the siblings have “lost their role model, their hero…. A community, and really the world, can’t afford to lose Hannah.”

Hammond apologized to the family that it has taken nearly two years to get to this day.

“I respect the fact you want to move on,” he said, but told them the sentence he would hand down would not put a dent in the impact they have experienced.

Turning to Doerfer, Hammond said that he does not believe Doerfer meant to harm Wright, but said that his first DUI in 2016 was a “first wake up call that you didn’t answer.”

Hammond told Doerfer he should have known better with his DUI history and said he is “a bad day away” from harming another family in this way and that his completed treatment came too late for the Wright family.

He told Doerfer that he hopes he can move on with his life when he get out of prison but noted that “no one is going to parole” the victim’s family.

Hammond then said he would be handing down the maximum punishment permitted by law, citing the death of the victim, the DUI history, the use of the ATV and the impact on friends, family and the community.

Doerfer was then sentenced to 30 months to 60 months incarceration, $1,625 in fines and fees, a no contact order with the victim’s family and submission of a DNA sample on a count of involuntary manslaughter. He is not boot camp or recidivism risk reduction incentive eligible. He was also sentenced to 30 to 60 months consecutive incarceration, $1,900 in fines and fees, participation in the alcohol highway safety school an victim impact panel programs, to undergo a drug and alcohol evaluation and comply with recommendations and an 18 month license suspension on a count of DUI: High rate of alcohol — third offense in addition to $70 on a count of unlawful operate snow/atv under the influence, $200 on a count of reckless driving and $300 on a count of operation on streets and highways. 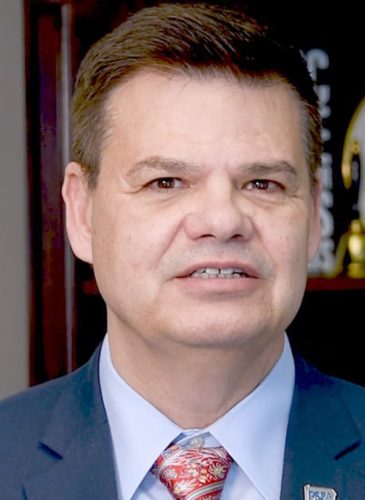