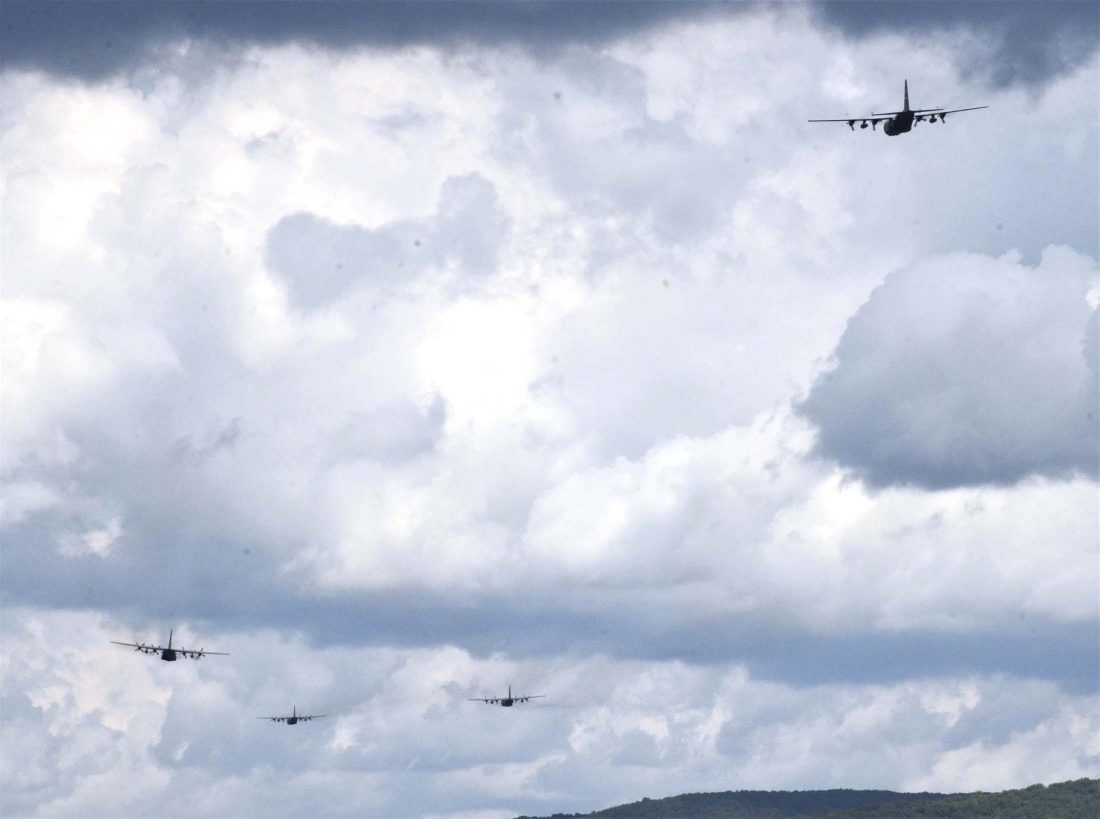 The four, large military aircraft seen flying low over the Allegheny Reservoir were on a training mission out of Youngstown, Ohio.

“The aircraft were flying over Allegheny Reservoir and through the river valley to practice mountain flying,” Barko said.

People in the area of the reservoir clearly saw and heard the aircraft at about 11:45 a.m. Sunday.

The crew needs practice flying low — as low as 500 feet above the ground — as doing so “allows them to fly under enemy radar,” Barko said.

The presence of Kinzua Dam was not a factor in the mission. It was all about the valley.

“We were flying over Kinzua Dam and the Allegheny Reservoir to practice mountain flying due to their close vicinity to YARS, as the next closest mountain ranges are in Colorado,” Barko said.

“The aircrew on a mission of this nature on the C-130H typically is comprised of a flight deck crew of four – aircraft commander, co-pilot, flight engineer, and navigator – as well as two loadmasters on the cargo deck responsible for ensuring the cargo – either supplies or personnel – are dropped on target, on time,” Barko said.

This mission was carrying supplies – or simulate supplies.