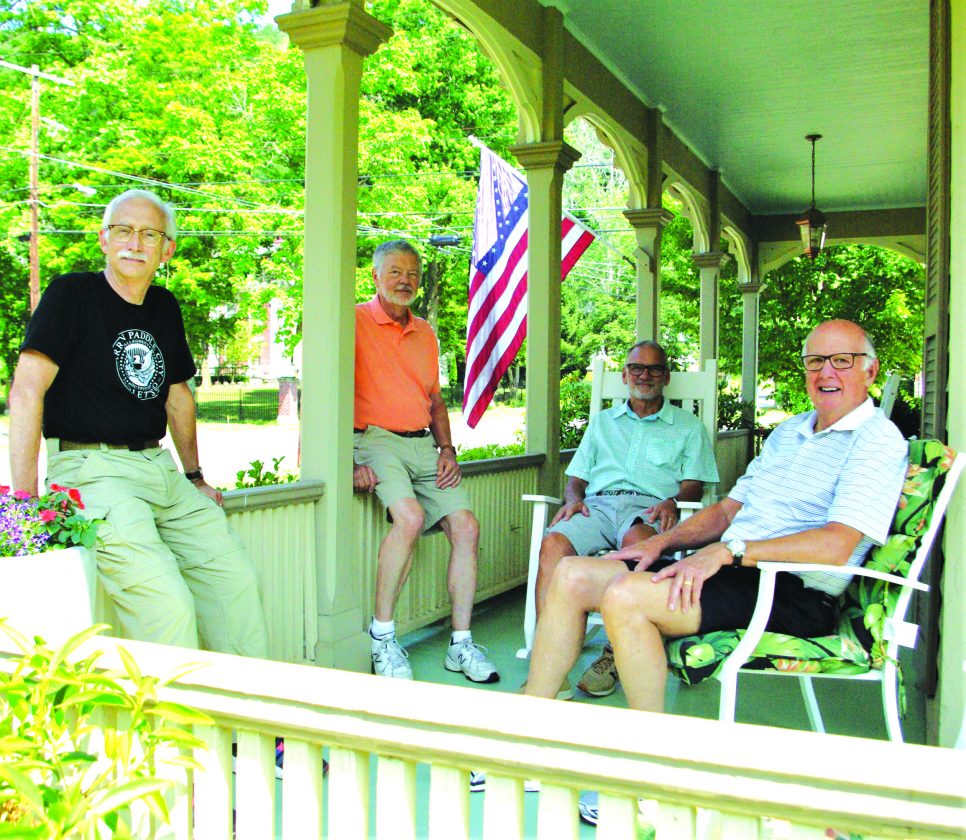 The Warren Front Porch Day Committee has a plan to make the world a little more neighborly.

They hope to encourage people to safety engage with their neighbors, fight the social isolation possible with a pandemic, and generally foster community goodwill and friendship.

It’s not a new idea.

They were listening to a musician who sang a song by Tracy Lawrence — ‘If the World had a Front Porch.’

After the song, the musician talked about the importance of front porches and how it was sad to see everyone focusing on back yards.

“He said there ought to be a National Front Porch Day,” Lester said.

The Warren residents talked about the idea afterwards and decided they needed more information about this effort.

When they tracked the musician down, there was no national movement. In fact, there was no movement at all. “He said he made it up on the spot,” Lester said.

Then, decades later, Doug Hearn wrote a letter to the editor published in the Times Observer.

“I love front porches,” Hearn said. When he moved here, “I made sure I bought a home with a front porch on it.”

Before the end of the first moving day, “my neighbors gave me an extravagant welcome,” Hearn said. “I said, ‘We’ve never lived in a neighborhood like this before.'”

In the letter, Hearn invited people to “stop by and see me” on the front porch.

The front porch idea came back to Candreia, Lester, and Schultz.

Together with Joe Whipp and Hearn, they came up with a plan.

In June, the group established a mission statement: “Warren’s Front Porch Day is being established to develop, appreciate, and promote neighborhoods, friendships, and the community.”

“We want to be open,” Candreia said. “Feel free to open up to your neighbor and say hello.”

The event can benefit folks who don’t have many neighbors. “Even the family spending time together,” Lester said. “Leave the phones inside.”

Even people without front porches can participate by either walking around and talking with those who do have front porches, or setting up in the front yard or in a driveway. “We’ve had a couple get-togethers on our driveway,” Candreia said. “It’s about getting back into the public and conversation with your neighbors.”

They understand that now is not the best time to have a large group of people in a small space. “If someone walks by, engage them — safely,” Schultz said. “If you can’t stay six feet apart, wear a mask, or come out on the lawn.”

But, by the same token, it’s a perfect time to be neighborly to combat social isolation.

“There’s so much apartness going on… we should be a community,” Lester said.

They decided to have Front Porch Day on Sunday, Aug. 9.

The members asked Hearn to take the idea before City Council — of which he is a member — and talk with Mayor Maury Cashman about it.

The mayor was on board. “He said, ‘how about we make this two days?'” Hearn said.

Cashman said he would write a proclamation for Front Porch Day.

They plan to set up a social media account to spread the word and let people share their experiences.

Perhaps the event will eventually live up to that off-the-cuff remark by a musician in the 1990s singing a Tracy Lawrence song about front porches and become a nationally recognized event — started in Warren, Pennsylvania.