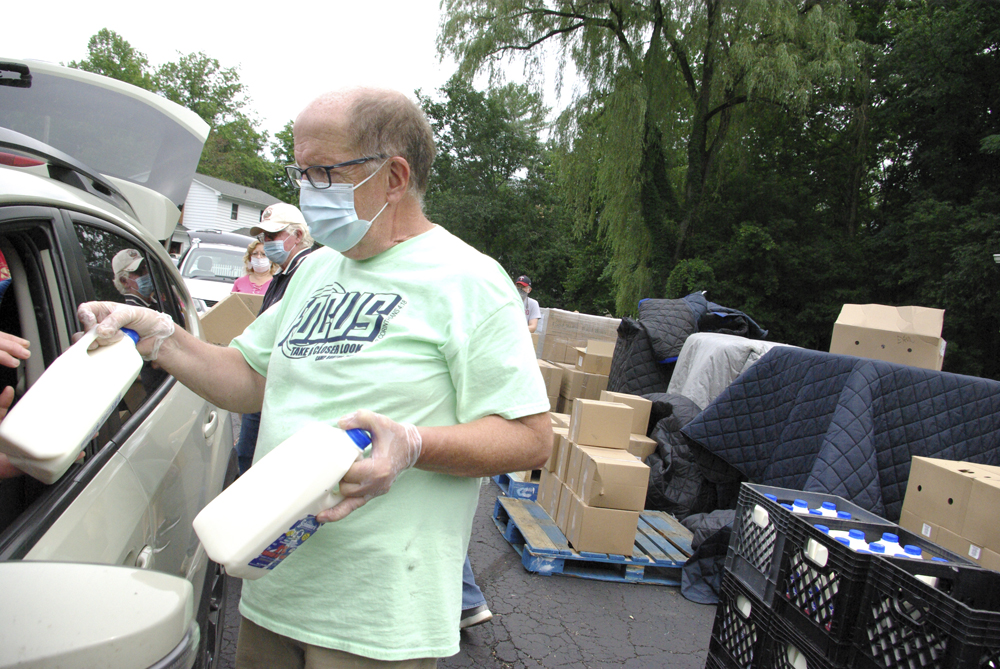 More than 100 Warren County families have more food in their pantries thanks to a Second Harvest Food Bank Produce Express distribution Thursday at Calvary Baptist Church in Warren.

Lines of vehicles snaked through the parking lot and the line kept moving.

Each vehicle was at the front of the line receiving food for less than a minute.

Pre-registered families received milk, a box of produce, a frozen box, a dairy box, and a dry box, Giesbrecht said.

Volunteers loaded the boxes into the trucks or hatches of vehicles. When the driver was willing, milk was passed through the window by gloved volunteers.

“We’re loading into the back of their vehicles for client safety and volunteer safety,” Giesbrecht said.

The event was the first distribution at Calvary Baptist and Second Harvest was pleased with the result.

“115 (families) is phenomenal,” Giesbrecht said. “It’s a great start to a great program.”